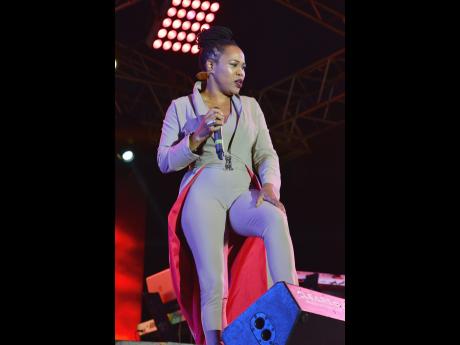 Queen Ifrica's status as one of reggae's most listened-to and committed voices is furthered by Climb's 15 hard-hitting tracks.

On Ask My Granny, Queen Ifrica reveals two of her greatest motivational sources, her mother and grandmother, each overcoming many hardships to set a positive example for the younger generation.

For the men in her life, especially her fans, Queen Ifrica offers a romantic voice on the sensual lovers rock tune, Better Than Amazing, courtesy of I'Core Productions. She begs forgiveness for infidelity on All That I'm Asking, and reminds females to respect their unswerving male partners on Good Man. Both songs were produced by Tony Rebel.

"These songs come from my male fans asking me to do songs for them. As much oppression as women face, men face it too, so sometimes just a little acknowledgement to say, 'Honey, I know you are there' goes a long way," she said.

The album also has songs like Medical Marijuana and That's How It Is Sometimes.

"I like to deal in reality, accepting life for what it is. When bad things happen and you don't know what to do, music can offer that glimmer of hope," she said in relation to the album, which was released last week. "I am happy to be a voice that stands in the light and gives something that people can relate to and take from."