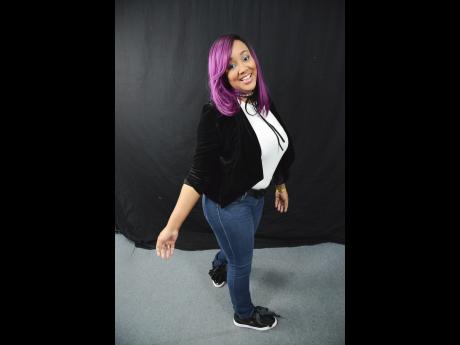 "Rainforest Seafood Festival was awesome! Epic performance. Some said it was the best they've ever seen me perform," she said.

Her 30-minute set included well-known favourites, as well as the new track God Soon Come, which speaks about the issue of child molestation, abuse, injustices, and the spiralling crime rate.

Tifa recently completed a video shoot for the Troyton Rami-produced single Just a Little Bit Longer. Shot on location in St Mary, the video was directed by Dexter Pottinger. Singer and actor Kadeem Wilson plays Tifa's love interest in the video. An international film crew from Miami also participated in the video shoot.

Just a Little Bit Longer is currently number nine on the Unity Sound Dancehall Chart show, which is syndicated to several countries including Japan, Australia, the United States, and Cayman.

Another of her current singles, Hype Don't Pay My Bills, was recently featured in the international publication Mass Appeal. A video for the song is to be shot next week.

Aside from her Britjam assignment this week, Tifa is preparing for a tour of the US, which kicks off in April. Stops on the tour include New York, Atlanta, and Jacksonville, Florida.

She recently completed an 11-date Valentine Crush Tour in Canada.