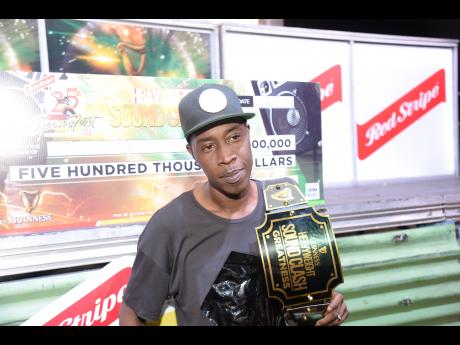 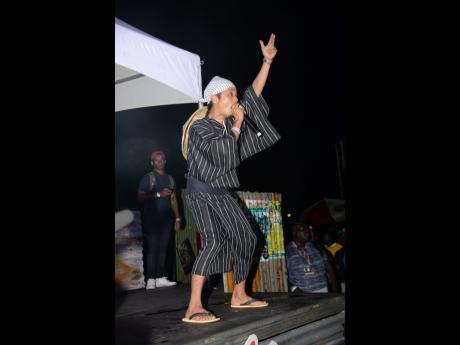 @Normal:Stirring up the vibe for Yard Beat Sound.
1
2

“Dis is a new title so mi did haffi come fi it.  Mi nuh business who win next year,” Matterhorn said.

However, the Japanese selectors felt they were cheated out of the title.

"A wah dis, a joke dis," Desem Yardbeat told THE STAR after his sound lost the clash.

"Judges know who dem wah win. Me come from far island and dis a joke, a bias thing. Is not a money thing for me this my passion," Desem Yardbeat added.

The clash was marred by disorganisation.

Each sound system were advised to play five of their best collabs from the 90s era. The Japanese warriors were booted when the judges ruled that one of their songs was released in 1989. The Japanese did not take the elimination and argued that a fellow competitor from the round also violated those rules by playing a song which was released in 2002.

After some fact checking, the judges reinstated the Japanese and continued the competition.

The event, however, did not recover. And when Tony Matterhorn and Soul Supreme advanced to the finals, the foreigners cried foul, accusing the organisers and the judges of fixing the competition in favour of the Jamaicans.

Mattin of Warrior Sound international from Germany was as angry as his Japanese counterpart.

"I been to clashes all over the world and this is one of the most disorganised. The judges give us some excuse that we break the rules but everyone violate the rule at some point so it only apply to us," he said.

"The judges leave the decision to the crowd and most a di crowd say Mattehorn," he added.