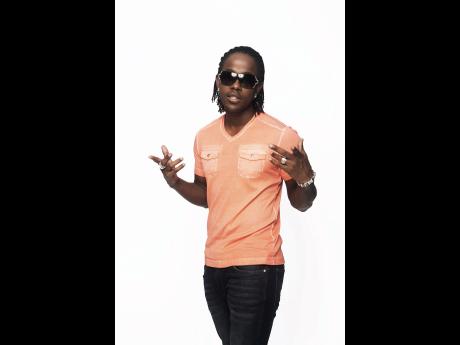 Dancehall artiste Kalado has released the music video for his single, 'Bruk Foreigner', which was released in February of this year. The production time is 10 minutes, and features Twin of Twins. The short film provokes both thought and laughter.

The song was produced and engineered by Tek Ova Records, KOG and Smallboxx Records, and the video was shot by Xtreme Arts.

"People are always of the mindset that foreigners are rich, as well as some foreigners believe that when they vacay in Jamaica they always have to showcase a rich lifestyle even if they are broke. I wanted to fuse the harsh realities of a hype, bruk foreigner, while still capturing the comical side of it," Kalado told THE STAR.

Though the message of Bruk Foreigner is widely misunderstood, it is not in Kalado's intentions to ridicule or belittle anyone facing hard times, but to enlighten them that everybody, everywhere experience hard times.

"The message I am trying to put across in the song is not to bash broke individuals as what some persons initially thought when they first heard the song, but to be mindful of struggles and accept them," Kalado said.

Kalado has experienced a few downfalls in the past two years, including the loss of his US visa, criminal charges (which have been resolved), among other accusations from artistes within the dancehall fraternity. For these reasons, he has been cautious with his career and its direction.

"Popularity for me, did not come overnight. I have being working really hard relentlessly for years, from walking the streets every night to getting radio personnel and disc jockeys to recognise my craft as an artiste and play my music. Having experienced success, I am very mindful that people will not like it and will try to harm you as a result," he said.

The Bruk Foreigner production is one of many that Kalado would like to create in the future. Kalado said that he has always had an interest in film-making. The script for the short film was also created by him.

"The song is inspired by both personal experience and observation, but the concept is reality and will always have a comedic approach. It is something that can definitely be turned into a series. As an artistic person, it is definitely a possibility that similar short films will be created in the future," Kalado said.

"Every song I write always has a story behind it, whether personal or not, that I will want to share and express my artistic ability through acting whether via music videos or short film."

Scenarios by popular vloggers Prince Marni, Twani and Quazy Ravers (Dancehall Pastor) have been circulating on social media surrounding the concept while using the song as the soundtrack.

"It's natural that social media comedians would gravitate towards the concept as it definitely has comedy all over it," Kalado said.

"Music is life. It makes you feel no pain. I cannot possibly imagine a world without music, and as I showcase this side of Kalado, I hope viewers and fans will take away only positivity from this," he added.