Laza Morgan to skateboard into 2018 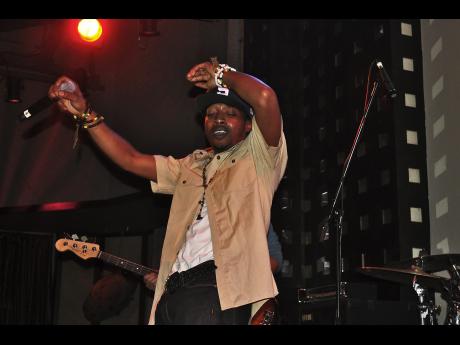 Reggae/R&B singer Laza Morgan has promised to deliver some hard-hitting songs now that he has left the internationally acclaimed Elektra Records.

"I was always recording, but I couldn't put out the music the way I wanted to until I was free of my contract, and now that is done, I won't be so low-key," Laza Morgan said.

"The whole situation was a learning one for me that was filled with blessings. I have a great foundation as a solo artiste. As you know, I started as a member of LMS, and as a solo artiste, I had three international hits," he said.

In addition to One by One, a collaboration with Mavado, Laza Morgan is known for Dusty Road, This Girl, and I.W.I.N (I Want It Now), featuring Gina Star.

Laza Morgan, one of the younger siblings in the Morgan Heritage clan, said he will be in Jamaica next year. However, his focus will not be totally on music. He is seeking to push his skateboard brand, Korna King.

"Korna King is available in Jamaica, but it never had an official launch, but I have been working really close with Steve Douglas of the Jamaica Skateboard Federation for the past three years, pushing the brand forward," he said.

Laza Morgan, who has roots in St Thomas, has been pushing his Korna King line, which includes hats and shirts, for some time. In 2013, the singer said he intended to establish a skate park in Port Morant, St Thomas. That has not yet happened. However, Morgan said his parish will get a piece of Korna King.

"We are also making plans to begin manufacturing skateboards in St Thomas and working on a partnership with a leading skateboard lifestyle clothing brand. Very soon, Jamaica will be

sending a team to the Olympics, so we need to get with the