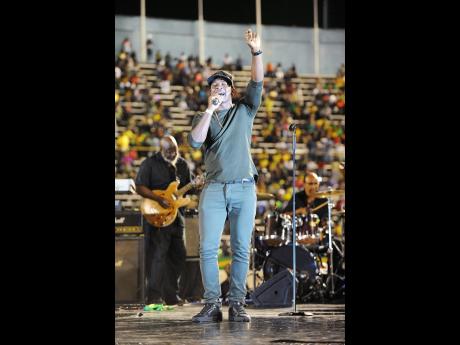 Mr Vegas delivered his usual high-energy performance while belting out songs like I Am Blessed, Nothing Wild and G.O.A.T, to the delight of his roaring fans.

"The feedback that I've been getting for my performance has been wonderful. A lot of people have been telling me that the performance was great. all of the reviews were good," said Mr Vegas.

This was the entertainer's first time performing at Reggae Beach Fest, which is held annually.

"I want to thank the organisers of the event, and my loyal fans for coming out to the show. It was a really good show and I came and I delivered," said Mr Vegas.

Mr Vegas is currently promoting two of his latest singles titled Follah Da Leadah and Everything a Work featuring Ding Dong. He said that he will be shooting a video for the latter.

The multitalented reggae artiste is busy in the studio, adding the final touches to his 12th studio album which will be released early this year.

Mr Vegas said that fans can look out for more conscious and uplifting music on this album.