Jovi Rockwell gets set to dance 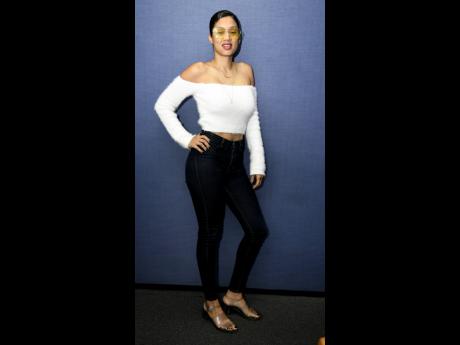 Singer/songwriter Jovi Rockwell believes dance is important to the happiness of our communities.

"It is one thing everyone can agree on and it shows togetherness," she said in an interview with The WEEKEND STAR. "The power of dance is so far-reaching that people from different nations are not afraid to go a street dance hosted in a community that is considered violent."

Rockwell, who jumped on the entertainment scene as a dancehall artiste in the early 2000s, is taking a step back to her roots, finding herself in the crowd at street dances just for the experience.

'Aight', one of two singles she released last year, was in essence inspired by street dance culture and to capture that culture, she has collaborated with Ding Dong for the remix.

The song also features Ravers Clavers' Johnny Bravo and is expected for official release by January-end.

Part one of the video is already complete. The 'It Is All About Love' singer participated in sessions with Dancehall Funk, a dance company out of north Hollywood, California to expand her knowledge about dancehall on the global scale.

"There is a culture right now in the US with international dancers following the street dance and straight up teaching people the dances, about the attitude of Jamaicans," Jovi said.

Choreographer Naomi De La Cruz created the dance and it was captured against a green screen in studio. The scenes with Ding Dong will be done in Jamaica in a more organic dancehall setting.

The singer also shared her plans to form Jovi and the Rockwells, a band of musicians (drum, bass guitar, keyboard and disc jockey) with her as main vocalist.

"Basically I just want to gather all the crazy misfits out there to come and rock with me. I have a few persons in mind already," she said. "And (we) will contemplate on doing auditions for available spots."

She also is performing at Stones Throw's Cosmic Rotations on January 26. However could not confirm that she would be performing the new single alongside Ding Dong due to the artiste's schedule.