STAR of the Month: 'Konshens is never in the house' 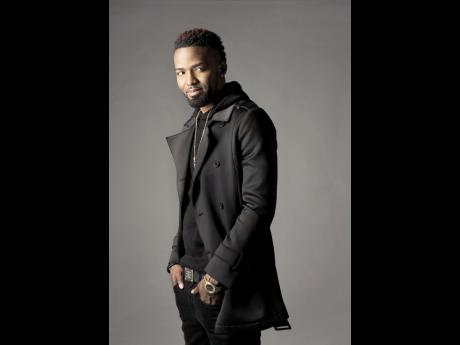 While Konshens may post images of family on social media, the 'Original Daddy' singjay says separating the image as a dancehall artiste from the man he is at home really makes a significant difference.

Konshens, whose given name is Garfield Spence, is the father of two children and wedded his girlfriend of six years, Latoya Wright, just last year.

"In all honesty, I have been married for the six years now, being a one-burner man, but now I am married on paper," he said.

The dancehall artiste says that there are females that are still very much interested in Konshens, and they make it known. He said he is smart and knows how to put an end to any moves if faced by any 'crazy fan girls'.

He not only speaks highly of himself as an artiste but as a father. In the single Original Daddy, Konshens sings, 'big up myself because mi a real father, never left mi son and nuh neglect mi daughter'. The video is probably the only one in which the public will see his children.

Konshens said that he is even cautious in asking his daughter to record simple videos for him on the phone.

When asked how he divided his time between his career and his role as a family man, the dancehall artiste told THE STAR, "Konshens is never in the house."

"I think that is one of the most important things you can do as an artiste who is a parent," he said.

The STAR of the Month admits that he does not necessarily keep his personal life private as he still engages in posting photographs of his wife. He, said, however, that he will shy away from posting images of his 11-year-old daughter.

He limits the posts in order to avoid lusting males who may make inappropriate comments.

Like many fathers, Konshens' protective nature kicks in to keep them sheltered, so to speak, from the sins of the world.

Another reason he tries to keep his family out of the spotlight, he says, "[It is because] you have crazy people out there, so you have to watch what you post in terms of your family members."