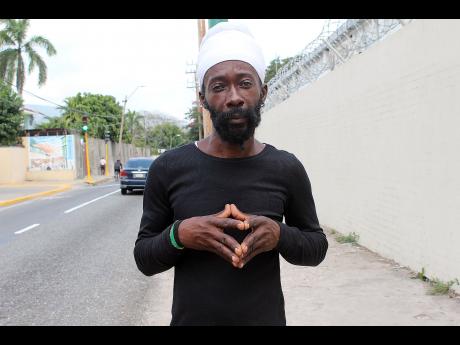 After 10 years of feeling bitter towards Downsound Records, reggae artiste I-Maroon has finally decided to make a public apology to the label's director Joe Bogdanovich.

"I want people to know seh apology is not too big for anyone to make, and it also is not impossible to make mistakes in life," I-Maroon told THE WEEKEND STAR.

The mistake I-Maroon made was to accuse Downsound Records of 'robbing him'. The reggae artiste received his big break into the music industry from the popular label with the release of Mi Salt in 2008.

The unexpected hit gained I-Maroon well-needed recognition and with a growing fan base he began getting booked for shows throughout the Caribbean.

"It backfire," he said. "Being that Downsound Records and the name Joe Bogdanovich is one of the biggest in reggae circles, people did not want to work with me because of what I said."

The accusation was made out of resentment and the reggae artiste says it was not true.

"I was foolish and blind because Joe took me from nowhere and spend his millions to buss mi, so him have a right fi feel offended," I-Maroon said.

When THE WEEKEND STAR asked the reasons for making an apology after so long, I-Maroon said, "Sometimes we tuff up wiself. Even when we see it nah work we insist seh we nah seh no apology."

He says he has not had the opportunity to see Bogdanovich more than once (excluding in the media) since his accusations and that they had not spoken in depth about the issue only that the Downsound director was in disbelief that the statements came from him.

I-Maroon even said he "Wouldn't mind getting back Joe as my manager."

His former schoolmate and fellow artiste Fantan Mojah introduced him to Downsound Records and he began working with the label in 2006.

In 2017, the reggae artiste's efforts to make a comeback with a follow-up single to Mi Salt titled Mi Get Lucky went unnoticed.

Producers have still assisted I-Maroon with putting out recordings but he admits, "I never do a better production since I left Downsound Records; it was the best of me."

The reggae artiste said he owes most of what he has survived on from productions released by Bogdanovich's business and dubplates.