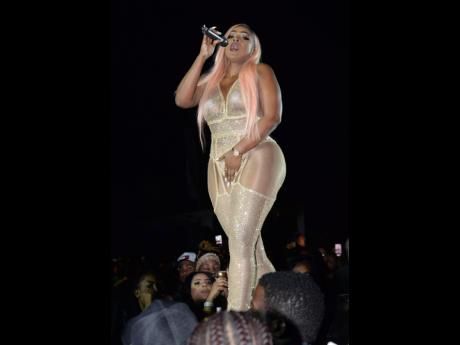 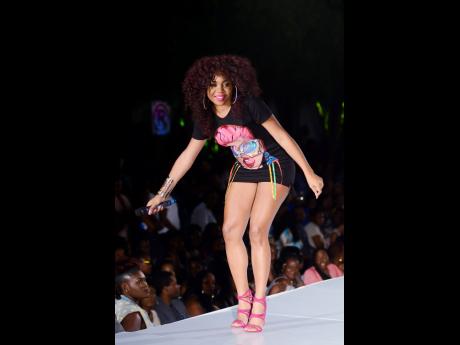 For the past two years, Yanique 'Curvy Diva' Barrett has played the role of host for the Reggae Sumfest Beach Party. This year, the 'Lifestyle' singer will add performing on the main stage on dancehall night to her list of duties for the festival.

"To know that I have put in the work for the last year as a recording artiste and to see that my hard work has paid off that I am now recognised as a female dancehall artiste on one of the biggest stages for reggae music is a wonderful feeling," she said.

There is no pressure, she says, in having to host the beach party and prepare to deliver a set a few days later.

"All my roles tie together in entertainment. it depends on what is required of me at a particular time or specific occasion. I am humbled that I am very diverse and can play so many roles," she said.

Curvy Diva is hoping that from the Reggae Sumfest performance, more persons will recognise that she is serious about her role as an artiste and her fan base will be increasesd, especially at the international level.

Meanwhile, Kim Nain, who once took on the role as backup vocalist for Tifa at a previous staging of Reggae Sumfest, says she is now preparing to get the full experience of the festival.

"Although I will be somewhere in the earlier segment of dancehall night performances, it will add to everything that makes it a great show each year and my personal journey," Kim Nain said.

Kim Nain and Curvy Diva are excited to be two of the five females representing for local women in the industry on Dancehall Night. Kim Nain has been spending more than four hours each day rehearsing for the festival.

"It has been a long time coming because I never had the time to put my full focus on my music before 2015," she said.

According to Curvy Diva, the females of dancehall are under-represented not only on the stages of big festivals like Reggae Sumfest, but in the industry.

"I would love to see more females stepping up and out representing the industry overall like so many talented females who already paved the way," Curvy Diva said.

Spice, Press Kay and Tosh Alexander the other female artistes mentioned on event flyers to perform on dancehall night.