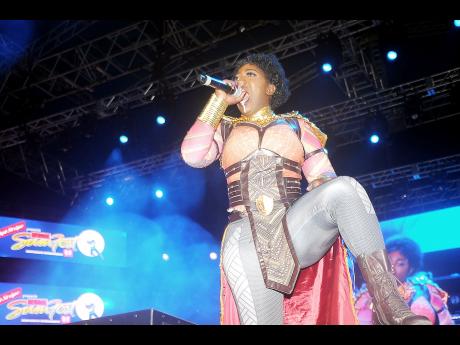 SPICE, whose  flavouring of the dancehall space has made her one of the most anticipated acts at Reggae Sumfest each year, pulled off yet another gem Friday night as she used the theme from the Black Panther movie to deliver a fascinating Wakanda surprise on Night One of the annual music festival.

Clad in African regalia, Spice made her entrance on at throne which was being carried by two lanky males, all clad in full black.

“Yuh si Black Panther inna movie and tonight you going to see him inna dancehall ,” stated Spice as she descended her throne spitting lyric of a sexual nature while  ‘bigging up’ the alluring power of the black woman.

Her dancers,  Team Spice complemented her lyrics with the thought-provoking dance moves, which grabbed the full attention of the fans.

“This is what I really like about Spice. Every year she comes here, she puts on a show,” said Tangie Williams, who was full of praise for the artiste’s stellar performance. 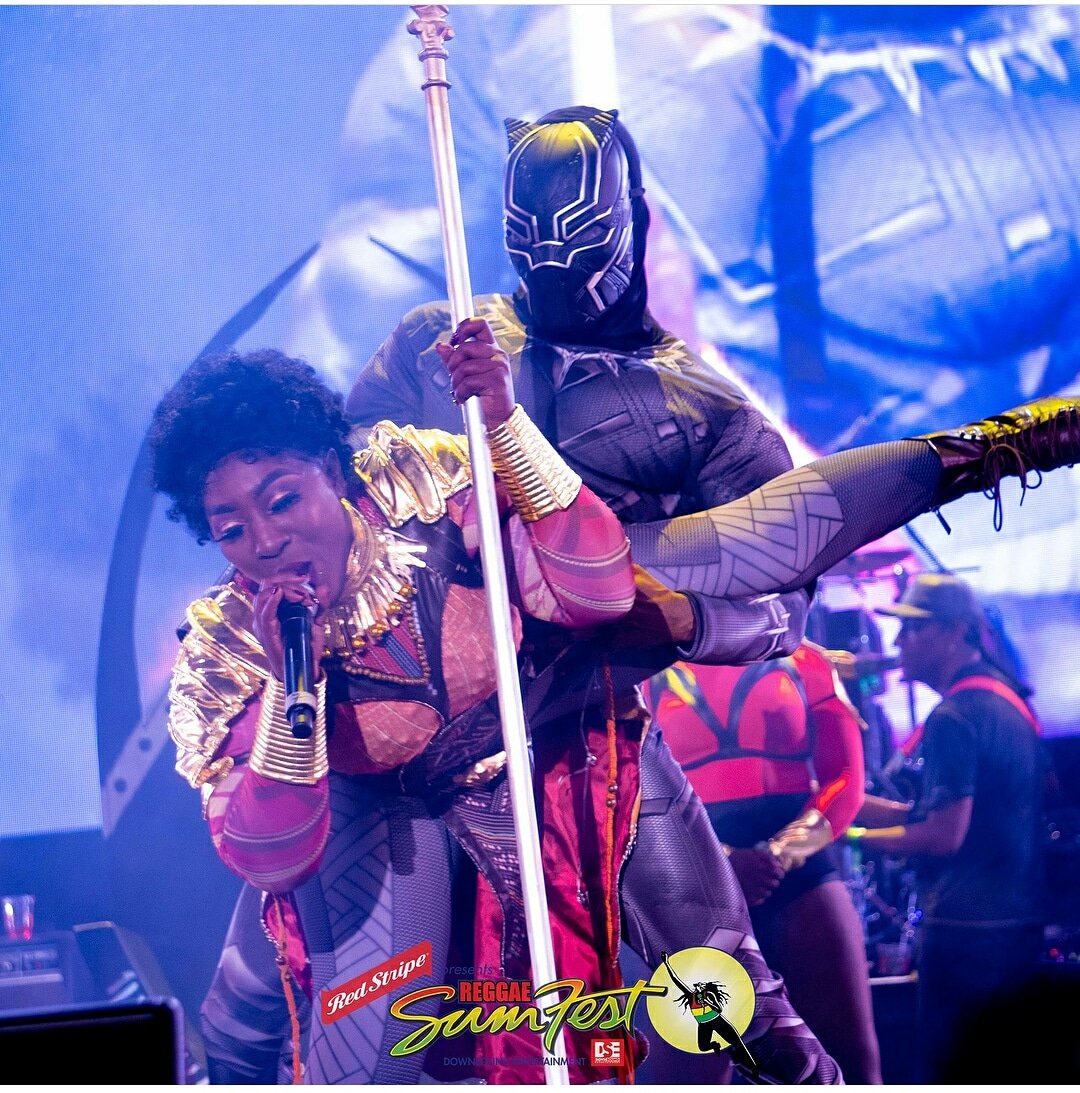 Spice gets a Wakanda wuk at Sumfest 2018.
Courtesy of @reggaesumfest

However, it was not all smooth sailing for the raunchy Spice who at one stage got militant after a stage security tried to block a man from entering the stage. She had earlier withstood the challenge from two members of her clan, and a 'little man' who came on the stage to challenge her.

Ironically she had called for a big, thick strong man. She said it "come in like sin" to take on the dwarf, but with a little help from one of Team Spice's dancers. he was able to get up high enough to teach Spice a lesson.

Spice, having given the dwarf his props, soon called another man onstage but he was blocked security personnel.

"A wah do dah security bwoy yah," she belted before leaving the stage to get her man, who she said promised to teach her a lesson.

"Every year me have the same kind a problem with these security,” an angry Spice was overheard telling the stage manager Worrell King. “All of my people have on their green armbands so there is no reason for anyone to be blocking them.”

After the matter was sorted out, Spice returned to centre-stage with a muscular man and he gave her what she was looking for.