No feuds for Dovey - Artiste says she is focusing on music 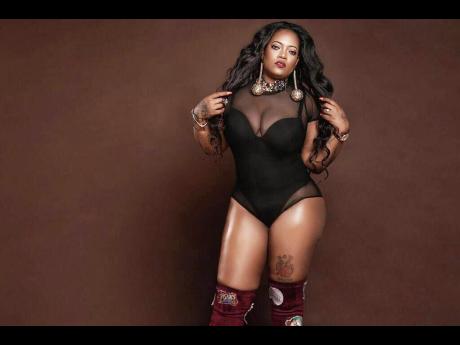 Dancehall artiste Dovey Magnum is in no mood to prolong arguments surrounding whether or not she is on good terms with fellow artistes Ishawna and Jada Kingdom.

Both Ms Kingdom and Ishawna were absent from Dovey's all-female show late last month. In a television interview before the event, Dovey claimed that a misunderstanding between Ishawna and Ms Kingdom resulted in both of them withdrawing from the line-up.

With a feud between dancehall artistes D'Angel and Spice escalating earlier this week, Dovey says she wants to steer clear of all controversies and focus on music.

"Honestly, I'm past that. I'm good. I don't judge no one, and I don't carry grudges especially not for female artistes. Even with all that went down, it come in like nothing to me. At the end of the day, regardless of what happened, the party was going to be successful because whatever I touch is always successful even if it doesn't turn out how I planned," she said.

Dovey added that having overcome so many obstacles on her way to being one of the hottest females in the dancehall, she is not concerned with petty arguments or even competing to be on top.

"I was never in this to compete against nobody. Everyone in this business are my co-workers, and I support them and their music. My thing was always different. I am an independent artiste, so everybody know how dat set. But me deh yah a just gwaan put in the work and push me craft. Me nuh want no title, dem can just gwaan do weh dem a do. I'm the 'female alpha'. Dat a my title. I want to be so great, so I can share my greatness," she said.

Focus on her craft

Meanwhile, Dovey said that she intends to focus on her craft, as people are now looking to her for a single that can top Bawl Out.

"No matter what I drop right now, it's going to be fantastic and great, but Bawl Out will forever be right there no matter what. Bawl Out was an organic song on another level where I don't think it a go stop playing right now. It's been a year, and now that me start travel international with it, there is more room for it to keep getting bigger and bigger," she said.

"Nevertheless, I have some great tracks coming out like, Juju and Good Good Gyal Me Be, so my thing can't limit and me can't predict say dat a go gwaan or dat a go gwaan. We haffi just wait till it drop and see. I want my fans to continue spreading the word and pressure dem DJs yah a road because me have a whole bunch a stuff coming out."