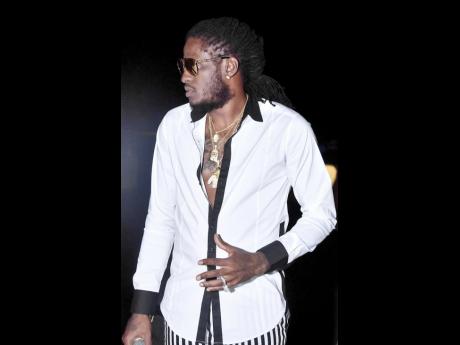 The inaugural staging of the Jamaica Rum Festival (JRF), scheduled for March 9 and 10 at Hope Gardens in St Andrew, promises to showcase the best that the island has to offer in the culturally beloved categories of rum, food and music.

It aims to highlight the emerging trends of rum and food pairings, while also highlighting the significance of rum as part of Jamaica's rich cultural heritage and entertainment landscape.

The organisers have secured some of the top performers, spawning the genres of mento, reggae and dancehall, for a true immersive experience into Jamaica's musical heritage.

Dancehall entertainer Aidonia has been named the headline act for day one, and lover's rock singer Sanchez closes the show on the second day of the festival.

Aidonia, who has had his fair share of live performances, dominated the dancehall scene in 2018 with songs like Yeah Yeah, which was previously used in the campaign for Campari and J. Wray and Nephew rum brands.

Speaking with THE STAR, Aidonia, who recently signed on as the brand ambassador for local medicinal marijuana operator Epican Medicinal, said it is a great feeling being associated with corporate brands.

"Being a part of this corporate event is just another one of those steps in the right direction for 'Brand Aidonia'," he said. "Seeing dancehall music being presented on this platform is a huge step for our music and Brand Jamaica as well. I am more than excited to participate and hear the feedback of the patrons."

Leading the charge of organising festival's entertainment offerings is legendary producer and songwriter Mikie Bennett, who has ensured that the entertainers span the various genres. Other dancehall acts booked include Agent Sasco and Wayne Marshall, while skilled saxophonist Dean Fraser, reggae musician Pluto Shervington, and singers like Jesse Royal and Sevana (who were featured on the Heart of Jamaica reggae album released last year by the presenting sponsor of JRF, Appleton Estate) are all interspersed between the headlining acts.