Rugged Boss stirs up the females with ‘Tight Oh’ 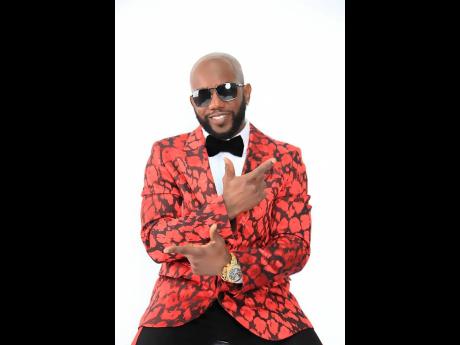 Dancehall artiste Mr Glamarus, in an effort to rebrand himself, has changed his stage name to Rugged Boss, and is creating a stir with the single ' Tight Oh'.

Released earlier this year, the entertainer said the track has been gaining traction, especially among the females, who are showing off their latest dance moves to the lyrics.

" Tight Oh is for all the ladies, especially the ones who are hardcore lovers of dancehall. The ladies are so far feeling it, because the lyrics and the beat are contagious and get them gyrating their bodies in no time. Proof of this can be seen in the dance challenges that can be seen on social media. I am really impressed with the feedback that I am getting," he said.

He stated that he is now on a promotional tour of the US in order to push the track.

"I will be making several stops in different cities to promote not only the song, but me as a brand. This will be followed by stops in Jamaica, Germany, and the UK," he said.

Rugged Boss was born in Greenwich Farm but spent most of his earlier years in Arnett Gardens.

"That is where I developed my writing skills. I then began to hone my skills on church choirs and even began singing on sound systems in the community. During my teenage years, I started to spend a lot of time recording at prominent studios in Kingston, like Anchor and Penthouse," he said.

In 2007, he released his debut album Feel It on the Black Kurrant Production, followed by Mr Glamarus-The Man-His Music in 2012.

"I am also working on my EP, which will be released later this year, so I really expect that 2019 will be very successful as it relates to my career. New name, new EP, new singles is what it is all about," he said.