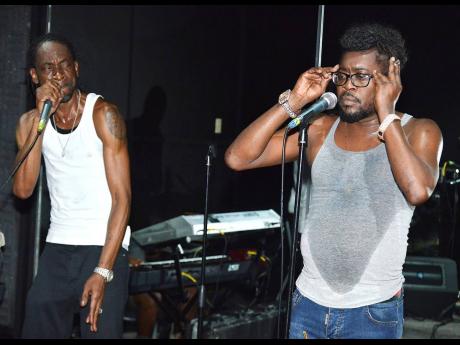 Bounty Killer (left) and Beenie Man gear up for their friendly clash at Reggae Sumfest. 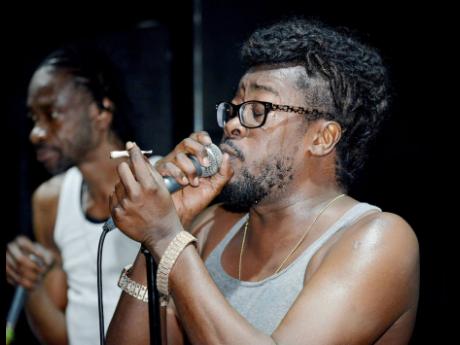 Beenie Man was in his element as he rehearsed for his Reggae Sumfest performance. 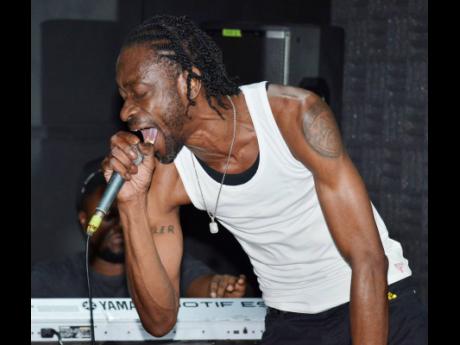 Bounty Killer gives a taste of what he will bring to the Reggae Sumfest stage.
1
2
3

Dancehall stalwarts Bounty Killer and Beenie Man are set to ignite the Reggae Sumfest stage in Catherine Hall, Montego Bay, in the wee hours of Festival Night One on Friday. The former rivals, who will be sharing stage in a historic show of unity, promise a memorable set. And based on their rehearsal at Tru Tone Studios in St Andrew last month, their performance will indeed be scorchingly entertaining.

THE WEEKEND STAR caught up with the artistes at their Sumfest rehearsal recently, and unlike some of the other entertainers who were extremely late or were no-shows for their rehearsal, the duo showed that they understood the importance of punctuality. By 9:30 p.m., they were well into their practice session, backed by the Ruff Kutt Band.

"Mi and Beenie a dancehall two idols, and we just a go give the people dem a good show. The fans them a go always remember this performance as a legendary one. People used to see we a clash, and of course we may have a little friendly clash, but we a go give the fans dem something to talk about," Bounty Killer said.

It is undeniable that Bounty Killer and Beenie Man ruled the dancehall arena for years.

Possessing extensive catalogues, both are expected to perform a number of old favourites, including Bounty Killer's Suspense, Look Into My Eyes, Originality and Can't Believe Me Eyes. Beenie Man will be just as entertaining with Memories, Girls Dem Sugar, Slam and Let Him Go.

"I am really looking forward to this performance because me and Bounty Killer have this career where we always a war when we touch stage. There is going to be a little friendly war and a whole lot of niceness. We will just be giving a full performance to the fans who are coming out to see Beenie and Bounty perform. I am putting in all of my energy, love and strength into this, and I want the fans to just turn out and see this performance because it is going to be wicked," Beenie Man said.

He added that this set will be extremely iconic, as he and Bounty Killer are two of the longest reigning deejays in the dancehall circle.

"Regardless of who is running the place now, we were there before them, and we are still here with them. It is great to have peace, and it is great to show peace. We will just be showing our appreciation to the audience for the support that they have been showing us," Beenie Man said.