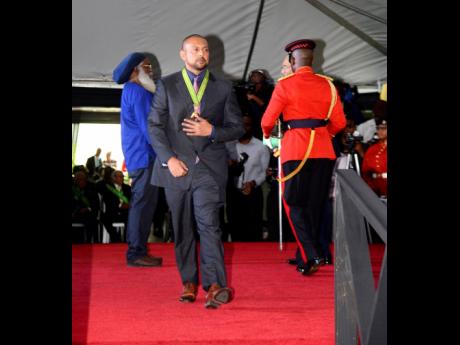 Sean Paul Henriques receives the (OD) for his contribution to the global popularty and promotion of Reggae Music. 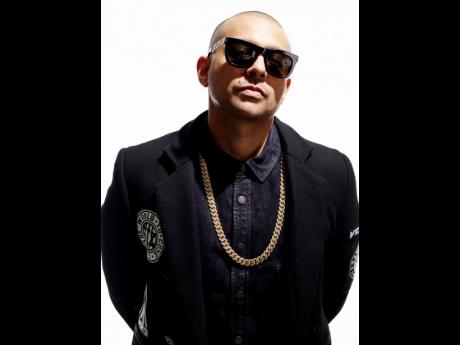 It is a statement shared more often than not by many music insiders Multi-Grammy Award winning artiste Sean Paul is highly underrated in his country. It was a sentiment expressed again by panellists at the most recent staging of the Gleaner Entertainment Forum.

Lauding the Jamaican government for honouring the artiste with an Order of Distinction in the rank of Commander at the National Awards ceremony last Monday, Big Ship's Freddie McGregor and Renaissance's Delano Thomas agreed that for his outstanding contributions to the culture, Sean Paul was most deserving.

"Sean Paul a di boss," said McGregor, as he highlighted the entertainer's success and mass appeal. "You know, Sean Paul is one of the most successful Jamaican artistes. Sean Paul has done so much for Jamaican music and I'm just happy the Government was able to recognise him while he's alive to enjoy it."

"When me deh Italy pan tour, Sean Paul play Italy one night and we link up and go the show. Yuh think we know Sean Paul tune dem? Italians a sing Sean Paul tunes fi hour and a half, word for word," McGregor continued pointing out that since getting his big break in 2002, the Gimme the Light deejay has kept Jamaica's flag flying high.

"Him keep the hardcore thing pan him track dem and yah get real Sean Paul, real 'dutty cup'. He has preserved his sound. As yuh hear a song wid Sean Paul on it, yuh can identify. I said it already and me a go say it again, Sean Paul a di boss."

Agreeing with McGregor, Thomas sought to explain why, for all his successes, Sean Paul is yet to get the magnitude of respect he deserves.

"When Sean was coming up, he was considered uptown and the Jamaicans were more going after artistes who seem like dem had problems or dem coming from the ghetto and stuff like that. They weren't taking Sean serious," he said.

"Sean did live a rough life, too, innu and nuff people don't even yuh know dis because him have a thing bout him weh him nuh really talk about personal things too much. But, him love him country, him love him culture, and him stick wid it. Him try do a whole heap a things for Jamaica and he's respected all over the world. Just Jamaicans don't really recognise. A di same wid Shaggy, too."

With that said, the panellists urged Jamaicans to show entertainers more respect. "We could argue also and ask, why is Bob Marley not a National Hero? He deserves to be a national hero. Any other country on the face of this Earth and he would have been," said McGregor. "Sean Paul get honoured the other day and me happy for that, because he's most deserving. We have been improving but we still have more to do in terms of recognizing artistes for their work."