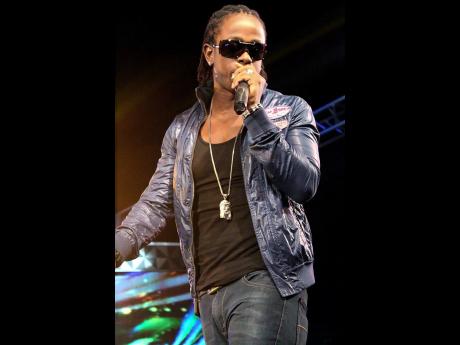 When Kalado burst on to the dancehall music scene in 2013, he was one of the hottest emerging acts. With his hit singles such as Make Me Feel, Bad Inna Bed and Bring Life, the entertainer appeared to have positioned himself as one to watch out for.

But though he continued to release loads of singles since making his musical debut, none of them hit on the magnitude his breakout singles did. His last single, Trap Wine, released in March 2019, created the most buzz the deejay had seen in recent years. Today, the entertainer is hoping to regain his musical momentum as he gets ready to drop his new single, The Produk, which he said was recorded late in 2019.

"We had intentions of dropping it early this year, but due to the COVID pandemic, I held back the releasing of any new material. Unfortunately, COVID persisted longer than expected, and I was under heavy pressure from fans to release the song after showing a snippet. The requests increased once I previewed a teaser of the video, and so we just decided to give the fans what they want," he said.

Kalado told THE WEEKEND STAR that he has been taking the time to learn the business of music as well as building his brand. The artiste said that he has heard chatter about him being one of the most underrated artistes in dancehall, but he sees things differently.

"I believe it is a case where people will always have their preference in artistes and so even if you are doing great, they love who they love. Overall, I do music for my fans, and they always reach out and express how they feel about my music and how me inspire them so once them alright me good," Kalado said.

The Gyalis deejay said that based on his goals, he is not where he wants to be as an artiste, adding that "I am just focused on getting to that next level as I'm always a work in progress".

"My talent cannot be denied, and I have proven over and over again that I'm a certified hitmaker, and this time is no different. The Produck is a certified hit, and I do music for the world, so once the world love it, Kalado good with that."