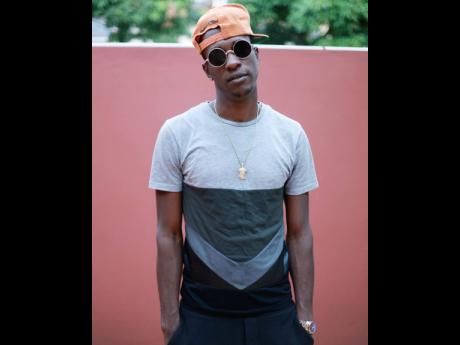 Dancehall artiste Laden yesterday pleaded guilty to another charge stemming from his October 28 arrest when he appeared in the Santa Cruz Parish Court in St Elizabeth on Wednesday.

The entertainer, given name Okeefe Aarons, and two others were charged with illegal possession of firearm and ammunition, breaching the COVID-19 curfew and failing to stop on the request of the police following an incident in Cheapside, St Elizabeth.

Last week, Laden pleaded guilty to the firearm charge. His attorney, Thomas Levene, told THE STAR that yesterday, Laden, on the charge of disobeying a constable's command, "pleaded guilty, apologised to the court and to the police officer, and was fined $2,000 or five days imprisonment."

The official police report states that a Mercedes Benz in which Laden and the men were travelling in was signalled to stop by the police. Laden, said to be the driver, reportedly disobeyed the order and sped off. The police gave chase, during which an object, later recovered and identified as a firearm, was thrown from the vehicle. The men were apprehended and arrested.

With regards to the curfew breach, Levene said, "Mr Okeefe Aarons and his two co-accused appeared before the senior parish judge, and the Clerk of Courts offered no evidence against all three in relation to the charge of breaching the Disaster Risk Management Act, so the charge was withdrawn."

Laden returns to the Gun Court Division of the St Elizabeth Circuit Court on December 15, for sentencing on the firearm charges. The word from Laden's legal team, which comprises Levene and Jodi Taylor, is that the artiste "remains pensive but is strong in his faith and accepts that God has created a teachable moment in his life's journey".

"We will make no comment that will seem to trespass upon the judge's prerogative," said Levene.