Frenz For Real to give new artistes COVID boost 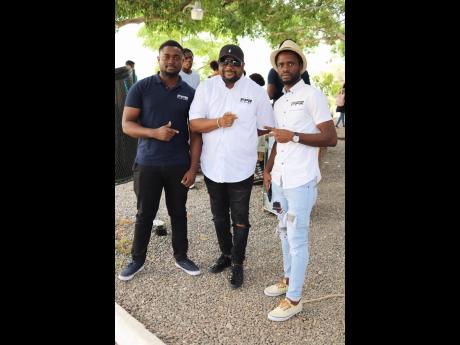 Popular Tower Hill-based recording studio Frenz For Real has pledged to provide artistes with free sessions as a means "to close off the year the right way", said producer Keron 'YowLevite' Young.

The studio executives and their team of professionals decided to host an expo, after receiving non-stop requests for help from aspiring artistes and producers on social media.

"We even get telephone calls on a daily basis from persons asking for a 'strength', or in other words, free studio time. But it was not feasible at the time, especially as it relates to facilitating them inside the space," said Young. "It would not be the first time doing this but we usually offer that in the summer. Of course, with the pandemic we decided to use the downtime to rebuild and renovate the studio which is primed for a grand opening in the new year."

The studio first opened its doors in January 2010 and has been a significant contributor to the reggae and dancehall scene in Jamaica. Young, who also acts as the studio's marketing manager, said the expo is geared towards persons who are new to the music industry, those seeking avenues to be discovered or to improve their craft, and to more established acts who have fallen on hard times and need a boost.

He told THE STAR, "As an entertainment cohort we believe in the impact of community building and charity (so) since the early stages of COVID outbreak, we have exhausted resources to give care packages to persons in need, near and far. Now it's time to go back to the core function of Frenz For Real."

The free sessions will cover several areas in music production, including recording audio, editing, mixing and mastering, and also marketing. There are no requirements to be considered; however, with the expected number of young talent that will show up the expo will span three days.

"There's so much incredible and talented youth in this area alone so we know we will not be able to accommodate everyone in one day, as we try to follow the COVID-19 protocols. There are currently three active studio rooms, and for those who may not get an opportunity to record they will be placed in forums and discussions with the veteran artistes who have committed to being part of the experience," Young said. "The entertainment industry, specifically the artistes, have been struggling but there is still the scope to train, develop and impact the lives of up-and-coming talents by giving them opportunities that are not available or that they may not necessarily receive from other entities, that is our mission. It's not new for us and Benji (studio CEO Omar Benjamin) would not stop until we found a way to get it done."

Harry Toddler, Horace Andy, Tabby Diamond of The Mighty Diamonds, Predator and Jah Mason have signed on to assist.