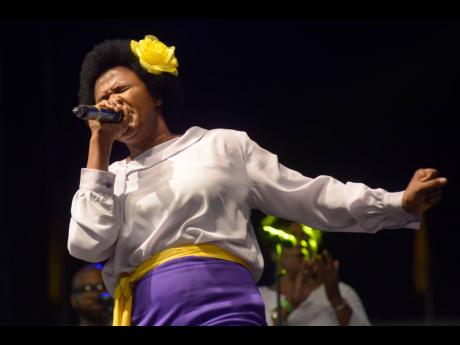 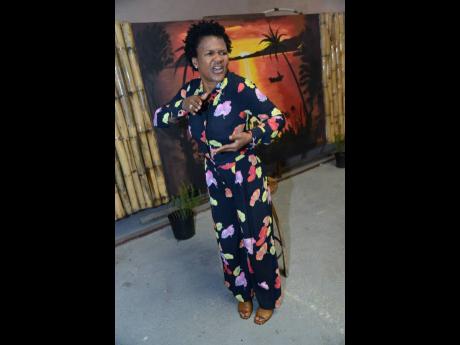 Bishop Everton Thomas, who baptised Minister Marion Hall when she was still known as Lady Saw five years ago, is confident that arguably his most famous convert is not backsliding.

This after the gospel artiste said she will be heading into the dancehall to proclaim the Word of Jesus.

"Marion is not going back into the dancehall as an artiste where she was coming from because she is too grounded," said Thomas. The head of the Emmanuel Apostolic Church told THE STAR that sometimes persons can sit back and allow God to fight their battles.

However, he pointed out that, "There are times when the Lord uses you as the instrument in that fight, just as He did with David".

"Sometimes you can come out and push back and there is a place for that in Scripture. Marion said that it hurt her and the man 'a try buss offa her'," Thomas said.

The 'man' who Thomas is referring to is self-styled spiritualist, RT Boss, who recently caused a ruckus when he said that he had been assisting Spice for years to help her get the 'Queen of Dancehall' crown, formerly held by Hall. He said that "a Lady Saw first start do obeah so me did haffi put on heat on Lady Saw make she run."

But Hall, in a two-hour sermon on Sunday, promised that 'Holy Ghost missiles' will be dropped when she releases her pocomania-dipped single, Mi Soon Alright, as she counteracts the obeah-working comments.

From her Holy Ghost Pentecostal Church of Christ, Hall, "with mi weapon in mi right hand", proclaimed the Word, often using the disciple Paul in her message. Like Paul, she says that she is going wherever she is sent, even if it's in the dancehall.

"If I want to go into the dancehall to proclaim the Word of Jesus, who is going to stop me? If I want to go back into the enemy's camp, I will go. I am not looking for you to agree with me. Nobody nuh bad like Jesus," she roared, shouting "Hallelujah".

The ordained evangelist, who questioned, "Why oonu trouble di church woman?, had more words for her detractors. "Di man seh him is not a dibby dibby obeah man. Well, I am not a dibby dibby Christian." She emphasised that her re-entry into the dancehall would be as an evangelist to win souls for Jesus.

In another YouTube video announcing her new song, Hall was in high spirits as she chopped uplifting lyrics, 'Lady Saw style', but in her new persona.