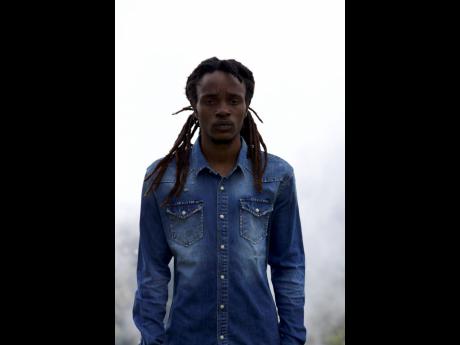 Two weeks ago, the name Nation Boss was virtually unknown.

But then a brief video of him freestyling a track dubbed Humans went viral. Sweeping across social media, the video gained the attention of established entertainers and producers like Popcaan, Bugle and Lila Ike. Today, the entertainer's fortunes have changed drastically.

Following the buzz created by the Instagram video, Nation Boss teamed up with established producer Dominic 'Troublemekka' McDonald to put out the official track and accompanying music video. The YouTube has surpassed the million views marks.

"I wasn't expecting this at all. I wasn't even the one who put out the video first. I have no clue how it got out there, but the first person I remember sharing it on Instagram was one of the Twin of Twins artiste, and den Bugle and some other artiste start share it," he told THE STAR. "It start spread like wildfire, and when me see dat, it was just an overwhelming feeling."

It may be hard to believe that at 22, the entertainer has had so many bad experiences that he refrains from trusting another person with his heart. In the music video, the entertainer can be seen burying his heart on a hillside as he sings, "Anytime yuh heart too clean my lawd dem will take yuh fi a fool man; dis is why mi nuh like humans".

"Yes, there was one specific thing that made me decide to put pen to paper which I don't wish to speak on, but it was also years and years of bad experiences with humans," he said.

Still, he admits that he is healing and wants to use his music to help others do the same.

"I hope to connect with all the genuine energies around the world in any way at all I can and just feed people's souls with decent music," he said.

The singer says although the masses seem to gravitate largely to material that is less positive, the response to his track shows there is still a thirst for music with good energy.

"It's all about connecting with people innu and Humans is a very relatable song. It connect with everybody. Everybody can pick a line or a few words outta the song weh dem relate to and that will always set your work apart as an artiste," he said.