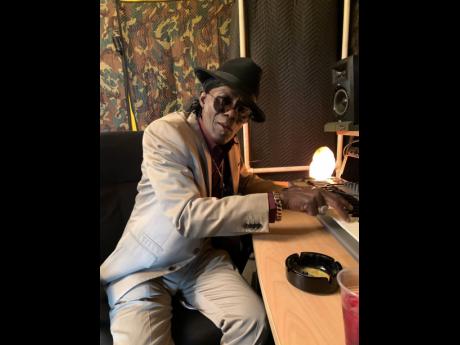 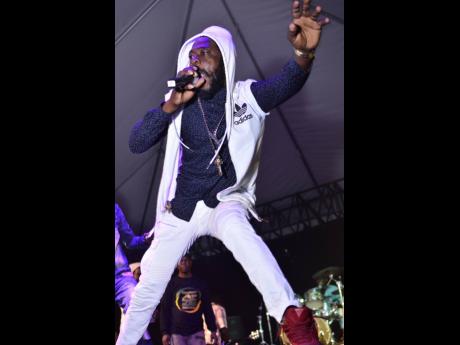 In the dancehall, Junior Demus is known as much for his famous 'talk and stop' lyrical style as he is for his continuous rhyming couplets, which never fail to bring amusement to his fans.

And, as it was in the beginning, so it is now. The original Rough Neck Chicken is still giving the people something to smile about as he aims to "live, give and forgive".

The veteran artiste, who took a step back from the business, even though he was still watching and listening keenly, is up and flying again, doing projects with Cosmic6 Records.

His newest release is titled Wop Dem, and Junior Demus is also featured on the single Well Excellent with Mr William. An EP is also in the works.

"These people (Cosmic6) are doing a great work for me, and I love that," he said. The artiste briefly mentioned that one of the goals for him and his management team is to sort out his royalties and intellectual property, while establishing his online presence.

Junior Demus' earliest memories of the music business are of accompanying his brother, singer KC White, to the studio. He then started voicing on various sound systems across Jamaica, and people started learning his name. He credits the minivan, the predecessors of the current Coaster buses, for carrying the music across the 14 parishes.

"Every minivan used to play the tapes with the music, but now everybody have it on dem phone. Every generation come with a different sensation," he said, while paying tribute to Echo Vibration, Jack Ruby Sound, Peter Ranking, Sammy Dread, General Trees, and Brigadier Jerry.

"A me bring in talk and stop yuh kno' because that was my way of interacting with the people. When me seh 'boy yuh a boy, but yuh nuh man yet ... yet... yet', the people a repeat everything with me and them love it. I am from St Mary, but is Kingston I get my fame. The people dem love me like French fry and apple pie because I am a nice guy," the Babylon Culture deejay said.

He has a few albums under his belt, among them Cabin Stabbin (VP Records, 1991) and The Good, The Bad, The Ugly, & The Crazy (Sony, 1994), and a couple of singles. One of the things he is most proud of is the fact that his song, Shot Mek You Wiggle, was used in the 1997 movie Dancehall Queen.

Junior Demus, who was known originally as Papa Keeble, recalled with pleasure his rechristening in the early '80s. "A Nicodemus name me Junior Demus and from that me and him drive up and down inna rental for days to co-sign me as him son," he recalled.

"I get my first big break from a show called Roll Call, which Super Don from RJR did keep. Laing [Sting promoter Isaiah Laing] saw me perform at Negril and get me on the show. That time, it was General Trees running the place, but when I wake up the next, my life change. Dem get me a work permit, and I fly out to New York, me and Yellowman, Marcia Griffiths and Mutabaruka," Junior Demus related.