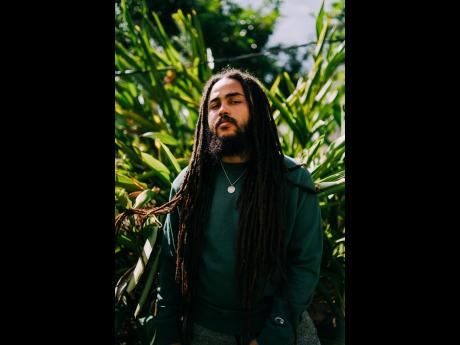 Young producer Iotosh is steadily climbing the ladder of success, having already had his name marked on tracks from reggae and dancehall's elite including Protoje, Lila Ike, Jah9, Chronixx, Jesse Royal, Vybz Kartel and Kabaka Pyramid.

At 23, his bio surely deserves a second glance and Audiomack World did just that recently when they dubbed him "Jamaica's Next Big Producer" and even sat down with him for an in-depth interview.

"The year 2020 was decent. COVID put a damper on it, but I still have productions that for me have been memorable, and this year is looking even better," the Munro 'old boy' told THE WEEKEND STAR.

One of his feather-in-the-cap productions for this year has been a collaboration with Jesse Royal and Vybz Kartel. Iotosh recalled that although he had heard Jesse Royal mention briefly that he wanted to get the Gaza boss on the track, stepping in the studio and hearing the deejay's voice belting out some serious lyrics over the beat he created was awesome.

Vybz Kartel rapid-fires over the beat, " No humanity lost in vanity war of politics/Religious policy burn them policies/We are the pyramid people/No illusion no one is coming to save us people/Everything is a state of mind protect your mind."

"I actually got on the project when Jason Panton, who is doing some work with Jesse, reached out to me to put some production on a track he had with Jesse. I listened to it but my idea was different and I rebuilt it and sent it to them. Jesse liked it and then Kartel's name came up briefly. But all I know is that I went to a studio session and Kartel's verse was there. I don't know how and I didn't ask. I was only too happy to work with the programme," Iotosh said of the track titled Rich Forever.

He continued, "It is a different kind of song, and it uses elements from various genres. Just by the verse that he did, I could tell that Kartel was really into it, and I am not saying that he doesn't always deliver. But there was something special about this and I am happy that the song, as well as my riddim, could have inspired that."

The video for Rich Forever trended on YouTube shortly after its May 22 release.