Razor B ready to reclaim spot as ‘ladies’ artiste’ 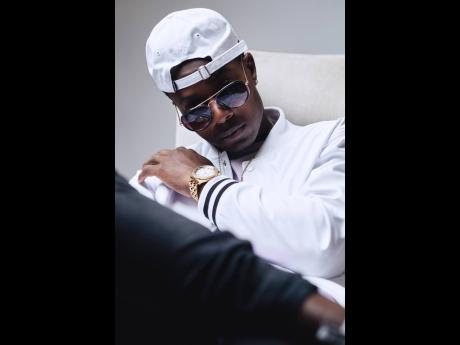 After a brief hiatus from the music scene, dancehall artiste Razor B is looking to get back into the thick of things with his latest single, Pepper Sauce. With the music video for the track having been released on Monday, the artiste says he's hoping the new song can surpass some of his biggest hits so he can reclaim his place as the 'ladies' artiste'.

"I've just been putting in a lot of work and making sure the music is up to a quality standard, because me did wah when me forward back, di people dem see say Razor B never gone nuh weh, I just took a break," he said. "The video for Pepper Sauce is out now, and my highest expectations for this song and video is for it to surpass Bruk Back, which is almost eight million views on my Vevo. I would love for this record to surpass that, because it's been a while since I have seen those types of numbers."

The entertainer, who gave the industry hits such as Up In Deh, says he has carved out a niche market over the years and is looking forward to tapping into it once more.

"My spot is the girls' dem artiste. From me start out, a my lane dat and mi hold mi ground. No one can really step inna da lane deh, cuz da lane deh a my lane," he said confidently. "And if yuh cross da lane deh, me a go make sure me take the music to higher heights and make sure that me stay the number one artiste in that lane."

He said that he is already working on a track that he believes is a guaranteed summer banger, and revealed that an album is in the works.

"People are always asking when I'm coming out with an album. They say, 'We see yuh coming with singles, but we want an album'. Don't worry, the album is coming," he revealed.