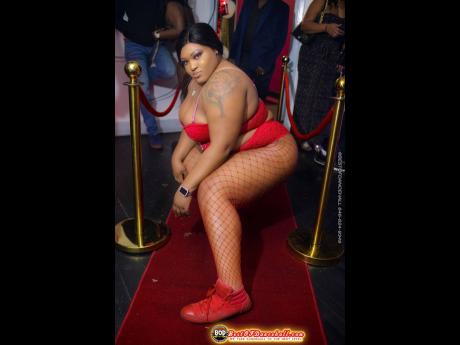 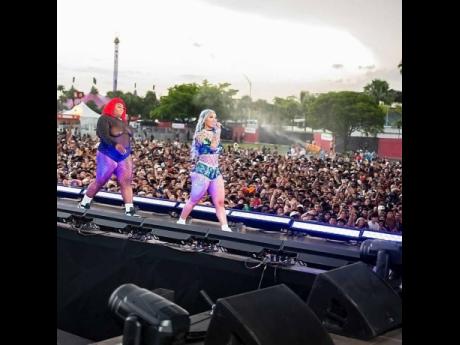 DHQ Famous Red (left) walks out with Shenseea during her performance at Rolling Loud. 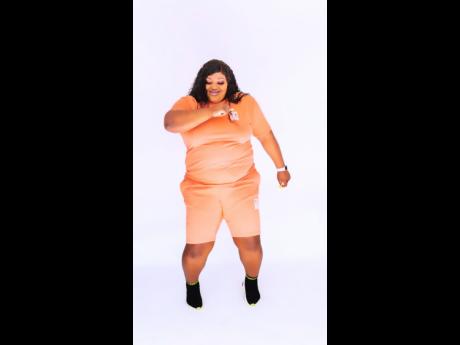 While many underestimate the power of social media, for one bold and beautiful plus-size performer, it meant getting the opportunity to be the only back-up dancer for dancehall superstar Shenseea on an international platform.

When Romeich Entertainment took to Instagram with the specific request, 'Fluffy dancer wanted',for a performance, many tagged their active full-figured favourites. But it was DHQ Famous Red who got the job. She was the only back-up dancer for Shenseea as she performed at the Rolling Loud hip hop event on July 23 in Miami.

The international dancehall queen, who reigns from Bronx, New York, was excited to receive a message from the big boss, Romeich Major, himself. And although she was surprised, in hindsight, it was a move that she saw coming.

"He wrote to me on Instagram in my DM (direct messages) and that's how it all started for me. But when I looked previously, I saw that he had made a post, persons had tagged me and others had made referrals in my favour. And it worked out," the professional dancer told THE WEEKEND STAR.

DHQ Famous Red, given name Bianca Watt, went to school in Jamaica until she was about five years old, after which she migrated. She has visited the island every year since.

"It was important for me to represent where I was made and where I grew up,"she added. She won the Baltimore Dancehall Queen title in 2013 and went on to become the first dancehall queen in Arizona in 2014.

Leading up to the iconic performance with Shenseea, DHQ Famous Red revealed that nerves crept in. Here she was, moving up from a small platform to something so big and unimaginable. But for the 30-year-old, she noted she was working with people she only saw on television and always wanted to meet. That was a dream come true.

"It was wonderful working with Shenseea. She is very humble, very caring and hilarious. The energy of the performance was great! Seeing what Shenseea saw in her head come to life on stage was incredible," said the dancer. As the first Jamaican entertainer to be booked for the Rolling Loud platform, it was a historic occasion for Shenseea, and by extension, DHQ Famous Red. Already working with recording artistes such as Beenie Man, Shaggy, Spice and Konshens, DHQ Famous Red plans to keep dancing and to use this opportunity to transition her career to a more professional scale. Her ultimate goal is to one day work with Vybz Kartel and to perform with hip hop star Lizzo, because she represents the 'big girls'.