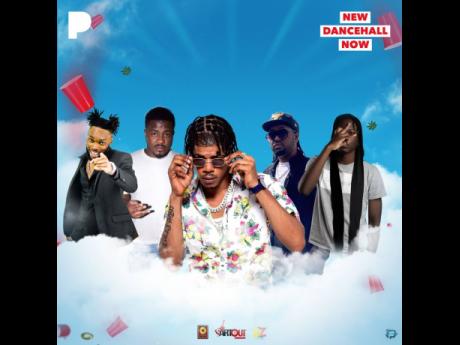 A recently released project by the late beatmaker Dane Sortie and producer Romario English, better known as Romieikon, is making an indelible musical mark across the globe.

Dane Sortie died on July 25. Prior to his untimely death, he had composed the 'Hungover' rhythm for Romieikon, and the two were working assiduously to make the project hit the bullseye. It did. Romieikon previewed the project with Dane's twin brother, Darren, on August 2, and it was officially released on September 3.

"I wanted to talk about Dane's work ever since he passed, but I was waiting until I had something Dane would be proud of. The Hungover riddim project is now being highlighted by US streaming platform Pandora and a track has been placed on two editorial playlists via Apple Music. It has charted in 38 countries. That's a bit of a big deal for a compilation of 'young artistes'," Romieikon told THE STAR.

Utilising a tracking company which gives updates on music across all major companies in real time, Romieikon could show and tell that the project stayed for 10 days on the charts in South Korea, and the highest it has gone so far on any chart is number five in Macau. The project has also charted in Germany, Austria, Lebanon and Venezuela. Romieikon admits that this success has exceeded his expectations.

"Hope for the best and prepare for the worst is how I approach things. Everybody is going to have that doubt, especially if you don't have any A-listers on the project, or if yuh don't have that 'big engine', as people would say. But we did the necessaries and we believed in the project. It charted at number eight on the US iTunes Chart same time when Usain and some other people were doing their thing. So that's a huge accomplishment in my book," Romieikon stated.

Dane's passing could make the success bittersweet, but Romieikon is singularly focused on the 'sweet' as he remembered the talented, young beatmaker, whose death has been described as "a big loss to the music".

"I always knew of Dane, and he knew of my production. We are both from the west; he is from Westmoreland and I am from St James. We really got in contact late last year when they started working on Alkaline's Top Prize album. Working with him was great, nine times out of 10 it was music-oriented, talking about a riddim, or about the journey from being two youths from the west that just love music who are trying to create a stream of income and a legacy for ourselves because we never grow and see any."

Romieikon's advice to young producers is simply to "pace yourself and research how one truly earns from music".