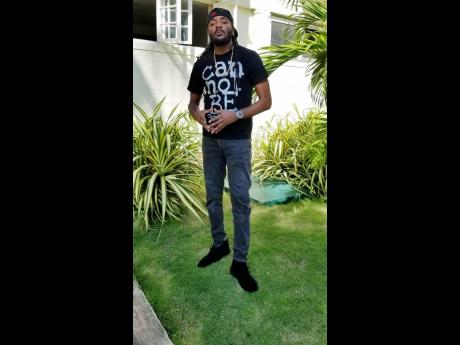 Dancehall artiste Ffurious has high hopes for his new single, Clean and Fresh, which speaks about the importance of always being properly attired.

"Some persons don't understand the necessity of being well dressed. I'm a public figure, people look up to me, and I have to make sure my image is right. I'm a Rastaman, you'll never see me looking shabby. I'm always clean and properly attired. When you look at King Selassie, Marcus Garvey and many other great black men, they were always properly groomed and attired," Ffurious said.

Produced by Ralston Barrett on the Sobriety Test rhythm, Clean and Fresh was released on September 24.

"I am getting a lot of great feedback about this new single. It's getting support from DJs in various parts of the world, including the Caribbean, the US, the UK and Africa," he said.

The St Mary-born deejay is also promoting a single titled Without Love, which was released a month ago on the Great X Production imprint. He is currently preparing to drop some more singles before the end of the year.

"In dancehall music, you have to be consistent or you'll get left behind, and I can't afford to let that happen to me. So right now, I'm getting ready to drop a single that I did with Capleton titled Unstoppable. I also have a few others that will be released before the end of the year," he said.