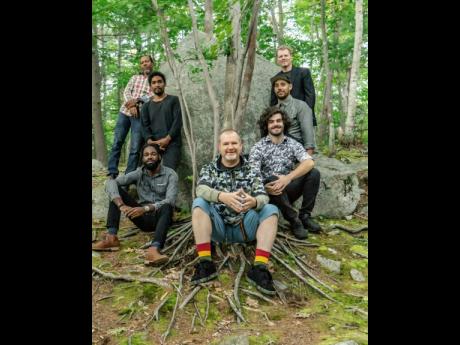 Inspired by reggae pioneers such as Steel Pulse, Branch and his band deliver a timely message of love and unity. The title track is intended to offer hope in a time of desperation, as persons continue to weather the storm of the various issues facing humanity.

"As global citizens, we really started seeing the effects of climate change wreak havoc on our planet. Widespread violence began to sweep the nations, decrying flimsy and selfish leadership in many countries around the globe. Marginalised groups began to get up, stand up for their rights and then the world changed," said Branch.

"Lyrics like ' this is the calm before the storm' came to me years before the pandemic hit. (The single) Dread Times is a reflection on the Trumpian era, in which Babylon is burning, literally and figuratively... . This song draws from so many influences over the years on my musical journey that I call it a 'tribute to the masters'. It is my hope that those who care to listen will hear the light through the darkness on this album," he added.

Branch is an award-winning artiste based in Halifax. Halfway Tree was named after the bustling music district in Jamaica, where Branch has worked with many of the island's most celebrated musicians. He had a collaboration with members of The Wailers, a single titled Keep On Keepin' On.