Hailey won’t give up on Justin Bieber 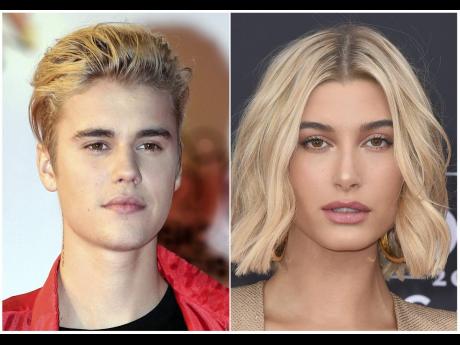 Hailey Bieber has always been determined to "stick it out" with Justin Bieber.

The 24-year-old model has been married to Justin since 2018, and although they've gone through various ups and downs over the years, Hailey insists she'll never walk away from their romance.

Recalling her mindset amid Justin's mental health struggles, she explained: "I was in it. I made a decision. I know for a fact that I've loved this person for a very long time and now would not be the time to give up on him. I just wouldn't do that to him.

"Imagine abandoning somebody in the middle of the worst time of their life, potentially. I'm not that type of a person. So I was going to stick it out no matter what the outcome was going to be."

Justin, 27, sought treatment for his mental health in 2019 and has also spoken publicly about his struggles with depression.

The Sorry hitmaker acknowledges that he needed some "serious healing" before he could really commit to a long-term relationship.

Justin - who previously dated Selena Gomez - told the In Good Faith with Chelsea & Judah Smith podcast: "I had experienced so many things in my life. So many milestones, and travelled the world and seen everywhere in the world. And I just got to a place where I was lonely, and I just didn't want to do it all alone.

"I realised there was some serious healing I needed to go through in order to get to a place where I could be in a healthy, serious relationship because I had a lot of trauma and scars. So I just committed to working on those things and getting healthy."