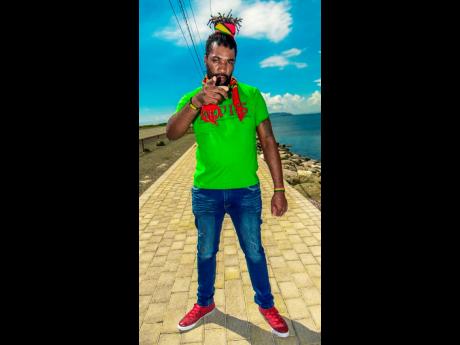 Uneek #1 has his eyes firmly fixed on the prize as he continues to move forward with his career.

"I've been in the business for a while now learning my craft and learning about the business side of the music as well. So, I'm ready to take my career to the top now. It's my time to shine," he said. The St Andrew-born reggae singer is currently promoting a pair of singles that were released in September, namely Take Control and Red Alert, the latter done with Luciano. Both songs were produced by Conroy Smith and released on the Love Star Music Production label.

"My team and I are pushing both singles very hard and we're pleased with the response they are receiving. We're grateful to all the DJs who are playing them both locally and abroad," said Uneek #1. The artiste is currently busy in the studios working on projects for several labels, including Love Star Music Production, South Syndicate Records, Malaboo and Hanson Productions.

"I've been very busy in the studio lately. I am working on an album that I plan to drop next year. I'm also getting ready to drop some more singles before the end of the year," he said. Uneek #1, given name Patrick Malabre, launched his recording career in 2015 with a single titled Body Language on the Double Rich Records imprint.