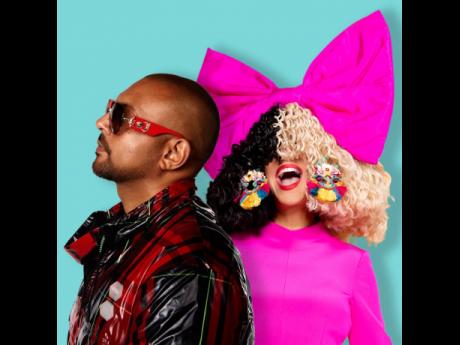 Sean Paul, the multi-award-winning and Billboard chart-topping artiste, has released the visuals for Dynamite, his latest banger, which features Sia.

Directed by Storm Saulter, the music video matches the energetic single with its lively choreography and Sci-Fi setting.

The fun video gives viewers a peek into the new tech-fuelled and chrome-filled world of Kingston in the future. The video sees dancers decked out in elaborate colourful costumes as they are swayed by the infectious rhythm of Dynamite , while competing in an epic dance battle.

Of the track, Sean shared: "The concept of the video is futuristic, reflecting the sound of the song as well as how I see the longevity of my career.

"We also showcased a futuristic view of Jamaica with the style of dressing, flying cars, and big buildings. Big up to Storm Saulter who executed the vision and his work definitely highlights the great talent we have here in Jamaica," the entertainment superstar said.

The recently released track marks a highly anticipated follow-up collaboration between the genre-bending artistes since their smash hit Cheap Thrills, also produced by Greg Kurstin, which has racked up over 1.6 billion YouTube views since its 2016 release.

Of the new single , Uproxx, an entertainment and popular culture entity in the USA, said: "It's the kind of song that no matter where you're listening to it, you might as well be transporting yourself to a beachside discotheque."

LA Weekly described it as "a superb tune - lively and dance-friendly. It'd be a perfect summer jam, but it'll do perfectly for the fall."

For the summer, Sean Paul shared a cheeky new single, Only Fanz, featuring Ty Dolla $ign. Empowering women who creatively earn their living, Only Fanz garnered acclaim from Vibe which hailed it a "tropical banger", while Hot New Hip Hop declared it "one of the most fun songs of the summer".

Throughout his career, the international superstar has carved a home for himself while championing dancehall as an artiste with a unique sound, look and passion. His ability to show the power and unity in music through various collaborations, across many genres, has catapulted his career over the years on various charts, awards and with an enormous fan base.

Earlier this year, Sean released Live N Livin, a collaborative celebration of his Jamaican heritage and dancehall roots in which he trades the mic with Buju Banton and Mavado. Dancehall can be stereotyped as a competitive, macho space where sound clashes are king, but Live N Livin is meant to emphasise what's possible when unity is the goal.

"I hold this album very dear to my heart, because it shows the effort of collaboration over confrontation," Sean Paul said.