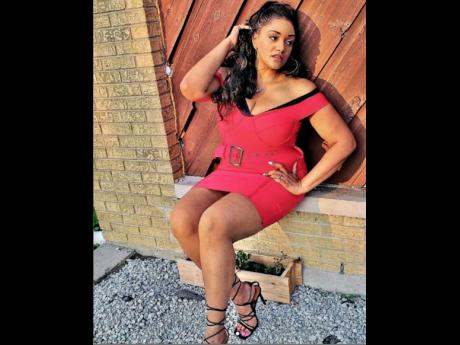 Chicago songstress Cheri Janae is pleased with the feedback to her latest single, Perfidia Love, which was released on the Manatee Records earlier this month.

The single is a collaboration with reggae ariste Teeardropz.

"There have been massive requests for the audio of the song from reggae and urban disc jockeys globally," Cheri Janae said. Despite doing mostly R&B and pop music, this is not her first time dabbling in reggae music, as she previously released the single Rewind featuring Solid Shane.

The song was remastered and re-released in 2020 by Manatee Records. Rewind has garnered her iTunes and Billboard chart placements for her efforts.

Cheri Janae was vocally trained in the classics and opened up her repertoire while in college. She fine-tuned her craft at open-mic events and music festivals and as a performer at the House of Blues and a Sony BMG music showcase at Chicago's Nightclub Excalibur.

She has also done several shows in cities in the midwest, including Milwaukee and Indianapolis, and even did a gig at an ESPN boxing event. She last performed at African and Caribbean Festival of Life in Chicago in September.

After scoring a finalist spot in the NBC show Fame, as well as in the mini stage production of Spike Lee's film School Daze, she was cast in a co-starring role in a TV pilot produced by Mike Merrill for That Common Production.

Cheri Janae is relishing her journey in music and entertainment and hopes to inspire others through her story of love, loss, faith, hope, and courage.

"I am really excited about what the future holds for me," she said.