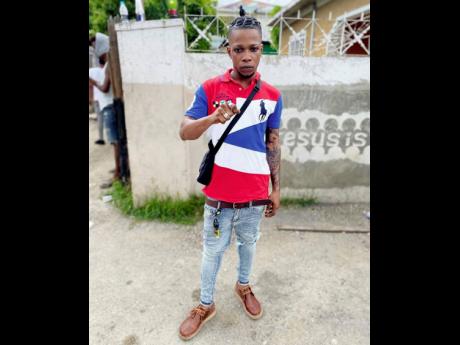 The mixtape is produced by Quantanium Records and was released on October 29.

"My fans will love it, its hardcore dancehall and it will take the market by storm," a confident Siva Hotbox said. The artiste, given name Bryan Dawkins, grew up in the tough inner-city area of March Pen Road in Spanish Town, and this has laid the foundation for his musical success.

"The community I'm from motivated me to go harder because the environment isn't first class and it gives me a drive in my music because of the tribulations I faced," he said.

Though he's been a professional artiste for only one year, the music has been in his soul for a long time now.

His talent has not gone unnoticed as he has a collaboration with Jahvillani titled Big Vision. The song is jointly produced by Quantanium Records and Hotbox Records.

Siva Hotbox said that internationally acclaimed artiste Rod Wave has had a great impact on his life, "because of his mentality and how he puts his songs together".

The ongoing pandemic has brought mixed results for Siva Hotbox, but he is grateful for the positives.

"The advantages of the pandemic is that you get more time to promote your songs on social media," he said. "Social media has a good impact and it builds my fan base globally and helps my fans to interact with me."