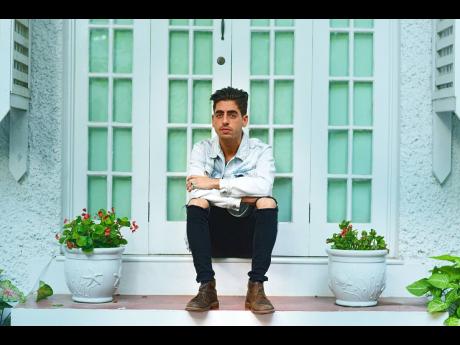 On October 1, singer and songwriter Noah Issa, had his 'rude awakening'.

That was the day he dropped his 11-track album, all the songs of which were written, produced, mixed, mastered and engineered by him. Issa, whose family name conjures up a business empire, couldn't be more focused musically.

He told THE WEEKEND STAR that he doesn't really have any expectations of the album, he is "just happy it's out there now".

"I'm excited to make the next album! It feels good to have a concise body of work out there as an artiste. It honestly just makes me feel like I have a lot more work to do as an artiste," he said.

He noted that the idea for this album, which showcases his different styles and fuses reggae, dub, dancehall, hip hop and electronic music, formed after making the single, Rude Awakening.

"I started by building a riddim which was kind of a fusion of ska, reggae and electronic music. Once I wrote the lyrics, it just seemed obvious to me that I should also use that title and concept for the entire album," explained Issa.

He noted that Rude Awakening combines psychedelic soundscapes and textures and also incorporates the high energy of electronic music. While it doesn't have a central message, one of the themes could perhaps be a rebirth of some kind.

"The album starts with an atmospheric intro which kind of represents the morning when you're waking up, and then the next track is Rude Awakening, which is kind of like when you open the blinds and actually start the day and remember who you are. And then, from there, the album takes you on a journey of different emotions and soundscapes. The songs become deeper and more introspective as the album progresses until the final song, Drifter, which kind of represents the calm after a stormy night," he said.

There are no collaborations on this album, but Issa is definitely looking forward to doing some on his next project.

"Sonically, there are many styles I like to explore and mix together. So I'm looking forward to collaborating with other local musicians," he stated.

In the business for close to two decades, Issa's first release, New Stylie, a fusion of dancehall, dub, trap and experimental EDM, was featured on BBC 1XTRA's Diplo and Friends.