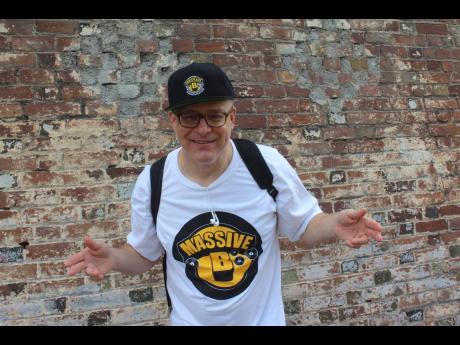 “I don’t care how people want to create the illusion of how popular they are cause you can buy streams, views and likes, but you’re gonna have to make music that is globally appealing,” the highly rated DJ, who also goes by the name Massive B, told THE STAR.

The hitmaking producer reasoned that there was “tremendous support globally” for dancehall/reggae during the golden era of the genre — the ‘90s through to the early 2000s — and that the entertainers skilfully tapped into that market.

“I don’t know if Steely and Clevie felt they were doing something global when they made the Punanny rhythm for King Jammys, but it was accepted globally. I don’t know if when Dave Kelly made the Showtime rhythm if he expected it to be global, but it worked. People listened to that music and could dance to it. People globally don’t understand patois but they understand rhythm and music and if they can dance to it, that’s the mass appeal.”

Konders, who recently produced Cocoa Tea’s Weh Ya Gone, said he plays the music of younger artistes like Skeng, Skillibeng and 450. However, he noted that dancehall’s global popularity has dwindled, and that there has been a rise in demand for the alternate genres, reggaeton and afrobeats.

The HOT 97 DJ reasoned that the dancehall/reggae community has “lost the Latin market, which is now enormous.”

“They have reggaeton now so for the last 20 years, they’ve developed their own artistes and are not necessarily looking to Jamaica for dancehall. J Balvin, Bad Bunny, Daddy Yankee, these artistes globally are as big as Beyonce. Their Spotify monthly listenership is as big as Drake’s probably.”

He added: “Then afrobeats for the last five, six years has become more mainstream with Europeans and Americans and just globally… They’re making music that people can dance to around the world. They may not understand all the lyrics but they can dance to it. There’s 250 million Nigerians and there’s two and a half million Jamaicans, so I think a lot of it has to do with the numbers as well as afrobeats getting so much global attention.”

EDITOR'S NOTE: This story has been update to reflect the fact that Bobby Konders said trap dancehall is not music to which people generally dance globally.