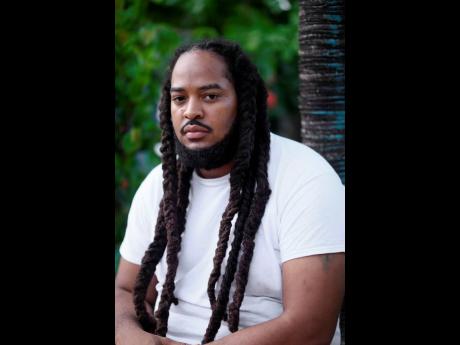 Singjay Rani Rastaciti finds therapy in music and says that he expresses his thoughts and feelings by composing songs and poems.

Since the passing of his mother five years ago, music has been the outlet for him to grieve. In December, Rani Rastaciti released his latest single, titled Keep on Rising.

"Another day in the depression phase and as usual I was brought up to always have faith, so I wrote this song to bring faith to others regardless of what their struggle is," Rani Rastaciti explained. The lyrics are relatable and have connected with listeners.

"People have been moved to tears telling me that this song has given them hope when they felt like giving up," he shared. Originally from Red Hill in St Thomas, Rani Rastaciti presently resides in Leith Hall, also in the parish.

"Rani Rastaciti was created by pain. I started doing music after figuring out that it's the only place where I could truly express myself. But I have grown musically and I am quite a performer who is energetic and jovial, yet emotionally connected to whichever audience I am placed in front of," he added.