Terropy calls out the fake friends 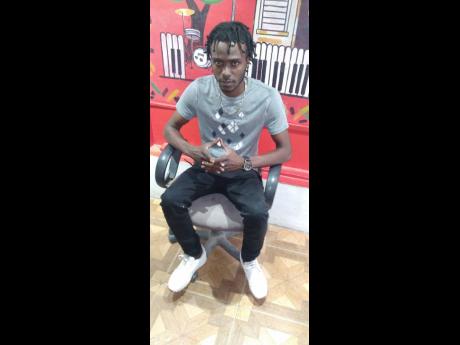 Up-and-coming recording artiste Terropy is speaking out against fake people in his latest single, Stay In Stay Out.

Produced by Kenroy Fisher, of True Friends Muzik, the track was officially released on December 4.

"The song is about people who pretend to be real with you when deeply, they are not even close. However, God is always in control, so it's either you are with me or not," the artiste explained. Having received great feedback, the support has kept the artiste motivated to keep moving forward.

"Friends and family have really been there for me and a lot of people have been supporting me since day one, so it's a great look. My hope is for everyone that hears my song to love, accept and share my music," he said.

Having honed his skills from a young age, Terropy has been working on building his name and becoming a mainstay on the local and international music scenes.

"I started out at 13 and had the love for it. From then, I started going through the stages of growth in music and haven't stopped up to now because I know greater days ahead," he said.

Since the beginning of this journey, Terropy has released singles such as Nuh Weak Heart, Wid It and Floatt Outt.

"Most of my songs are [based on] experiences that I have been through and things I have seen happening around me. So, I choose to be more realistic in my music and visuals when writing," he stated.

Terropy has a soon-to-be-released single, titled Prayer To Me God, and a brand new EP to be titled Many Moods Of Terropy.