Popcaan makes history with performance in The Gambia 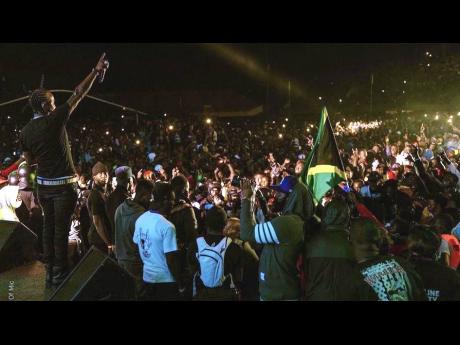 Popcaan salutes the crowd during his performance. 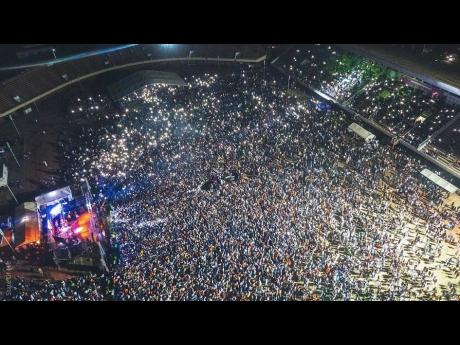 An aerial shot of the stadium during Popcaan’s performance. 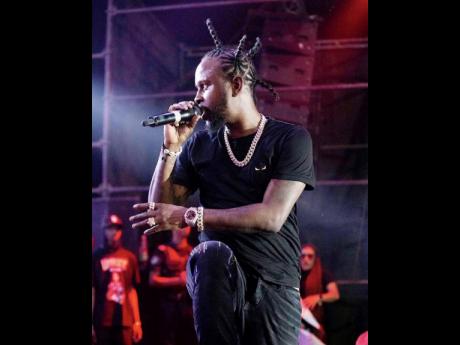 Popcaan in performance at the Independent Stadium in The Gambia last Saturday.
1
2
3

Dancehall Billboard hitmaker Popcaan thrilled tens of thousands of fans in The Gambia with a two-hour performance last Saturday with his band.

The 'Unruly Boss' made his debut on-stage appearance in the West African country, packing the Independent Stadium in Bakau. From his arrival at the airport last Friday, he received a king-like treatment from fans who came out to greet him. They showed their love by chanting 'Unruly' on the streets during a motorcade organised by the promoters, Absolute Entertainment. The entity said that the turnout for the concert was the biggest for any artiste from Jamaica.

They said they anticipated the massive crowd because every next Gambian loves Popcaan's music and his infectious personality, his songs are relatable to the people, and they look up to him.

"The Independence Stadium holds up to 40,000 people and from the aerial shot of the venue, he created history. There was hardly any room to walk in the venue on Saturday. I want to thank my people of Gambia for the historic turnout and also to Popcaan for coming and delivering a seamless, high-energy show, belting out hits after hits. People are still talking about his performance in Gambia," said Absolute Entertainment.

A few hours after his performance, Popcaan took to his social media and thanked his fans in The Gambia for creating history with him. He expressed gratitude for the love and heartfelt support he received, saying that "Gambia holds a special place in my heart".

"It's almost two years since I performed for my fans. Good to be performing again. Next stop is Kenya on April 16, this one will be a special one with my band," he said. "Forward out and let's make this one another historic show."