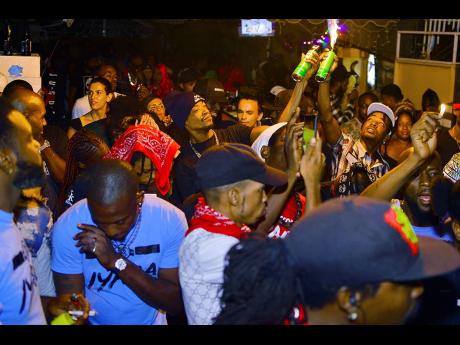 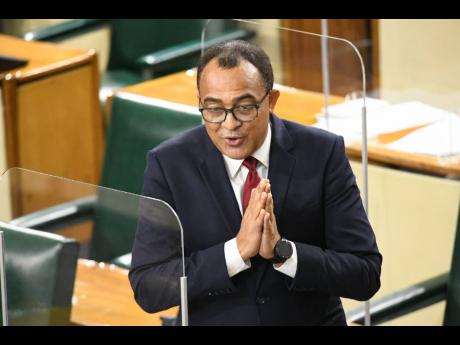 Health and Wellness Minister Dr Christopher Tufton has bat down the idea of reopening the entertainment industry as COVID-19 infections continue to spiral and hospital services are heading for collapse.

He told a press conference yesterday that 860 new COVID cases were recorded on Wednesday, bringing the total number since March 20 to 116, 994. Tufton also lamented the daily positivity rate, which stands at 47 per cent. The seven-day average positivity rate is 48.9. He also said that most of the public hospitals are operating above capacity. The worrying figures, according to Tufton, make it difficult for his ministry to consider the recommendation of reopening the entertainment sector. He also cautioned against comparing the issues of the sector to the resumption of face-to-face learning.

"It is not a black and white issue, you have to look at the gradual relaxation in degrees. The fact is there is some entertainment that occurs now. I think you can go to cinema and watch a movie. But if you are referring to entertainment as in large parties and large stage shows and so on, then clearly where we are now with this positivity rate, you are not likely to see that during this period," he said.

Tufton also said that a reduction in the positivity rates and improvement in the vaccination take-up will begin the process of gradually reopening of the sector which, according to some stakeholders, has so far lost in excess of J$185 billion, with more than 76,000 jobs directly or indirectly affected.

"Essentially what we have done, the Government, is to prioritise the gatherings around schools and getting our children back into the classrooms, recognising that there are some risks there but weighing in the balance that the greater risk is to keep them out, having been out for two years. So even with the case of people coming together, because of what is happening, because of the strain, because of the high positivity rate, the hospitalisation and the threat to healthcare services and response, we have to decide how we allow activities that allow for that kind of risk profile around people coming together," he said. Tufton stressed that the Government fully appreciated the importance of the entertainment industry.

"But, hopefully, once the positivity rate goes down, vaccination levels go up, then you can see a gradual opening up of that. And that is how I would see it happening, except of course that it is subject to the advice and decision of Cabinet," said Tufton.

The minister also stressed the point of vaccination, urging Jamaicans to see it as their responsibility to first protect themselves and their loved ones from contracting the deadly virus.

"What I would say, however, is that Jamaicans need to appreciate the relationship between securing themselves, including vaccination, and restoration of normality in the country, which includes entertainment. We can't have our cake and eat it," he said.