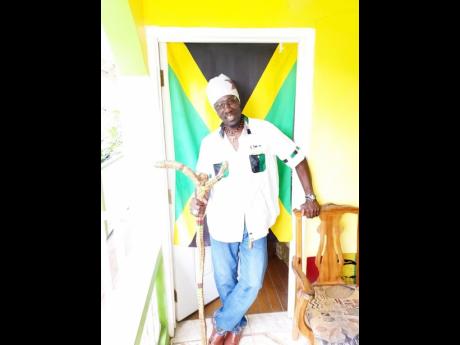 The track, produced through his King I Noah Record Production label, was officially released in November.

"This is an uplifting song. It highlights some of the greats we've seen throughout history such as Nelson Mandela, Paul Bogle, Malcolm X; all of them are mentioned," King I Noah explained. The track is supported by an elaborate animated video, which features cameos from many of the historical figures mentioned, as the Zion train rolls on. King I Noah said it has been getting some recognition and great reviews from viewers since its release.

"My hope for this track is that it will reach its full potential and resonate with people around the world," the artiste said.

Hailing from Portland, King I Noah has been in the music game since the early '80s, spending over two decades between Switzerland and Germany. Through his roots reggae sound, the artiste has used his platform to highlight topical issues such as poverty and injustice. His past singles include Song For The World and Sweet Sweet Jamaica.

"Music is what I do. It is what I love and so I will continue on this journey and spread a positive message to all who have ears to hear," he said.