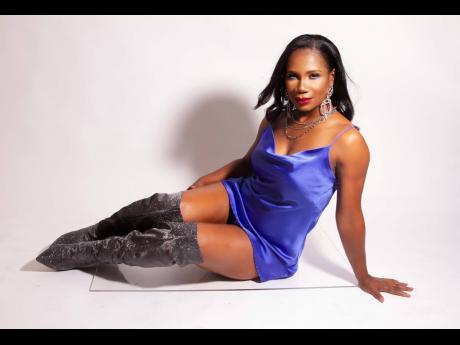 Jamaican songstress Sophia Brown takes a bold approach with her newest single, Bad For Me, which reflects a turn from her usual conservative style.

"This song is about a woman who is with another woman's man, but she is in love and can't get enough. It's just a messy situation that she found herself in and it's messing with her head," the singer said.

"I know this track is not what people would usually expect from me. I'm hoping that it will be well-received and the fans will love it," she added.

Sophia Brown is known for songs such as Baby When You Left and Tonight Is the Night.

Her latest track, which boasts high-energy Afrobeat sound paired with smooth vocals, is produced under her own label, MusicMecka Records.

Sophia Brown said that the visuals will be released in February.

Bad For Me will be featured on the singer's upcoming album, which is slated for an April release. This new album will follow her last album, Change, which was released in 2017. Since that project, she has released a slew of other songs, such as Stronger, Baby When You Left and My Religion, featuring Duane Stephenson. Having performed several successful shows in 2021, the singer is keeping the momentum going with further plans in 2022.

"I'm just enjoying myself musically and keeping it going. I'm enjoying the fact that we as artistes can still make good music and give it to the world for them to enjoy. There's already so much going on with inflation, dealing with their kids, schooling and things like that. So sometimes the music is the gateway for them to escape for a bit and enjoy what their favourite artistes are bringing to the table," she said.