Lady G and daughter do reggae take on rock classic 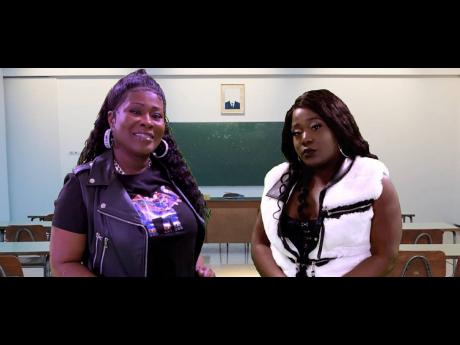 Lady G and daughter Malii have collaborated on the single No Mis-Education, a cover of rock band Pink Floyd's classic 1979 song, Another Brick in The Wall Pt. 2.

Produced by Jamaican Garnett 'Bobby' Pottinger, it is scheduled for release in early May by Indie Rootz Records, a label based in Montreal, Canada.

The idea to cover the rock classic came from Brian Kotler, who is the single's executive producer. He and Pottinger started Indie Rootz Records in 2011.

"Many Jamaican entertainers/artistes have been making news for the wrong reasons. Lady G is here to change this," said Kotler. No Mis-Education is Malii's first song. She is also the daughter of singer Barrington Levy.

Pottinger played all instruments on the song which hears Lady G and Malii sharing their thoughts on questionable teachings in classrooms. The original song is written by Roger Waters, Pink Floyd's bass player, who, at the time, expressed his disgust with the state of Britain's education system.

Another Brick in The Wall Pt. 2 was a hit globally 42 years ago and is one of Pink Floyd's biggest songs.

Lady G, who has previously recorded for Indie Rootz Records, had her breakthrough hit in 1988 with Nuff Respect which was produced by Gussie Clarke. She followed up with the 'combination' songs, Legal Rights and Round Table Talk, which were done with Papa San.