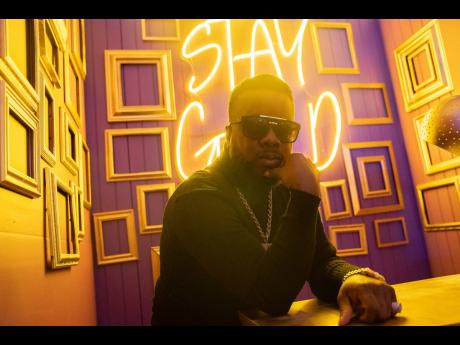 Producer and recording artiste JB The Artiste is upbeat about his latest project, the Spring Break rhythm.

The project boasts tracks from top dancehall acts like Vybz Kartel, Chronic Law, Ding Dong and Rytikal, as well as new stars like JayBlem, Tashina Muzik and Suspense. According to JB, the compilation is building a steady momentum.

"The artistes that I chose to put in this compilation were carefully selected in an effort to secure a variation of skilled writers who would each give something unique to the beat and I believe we achieved just that. The rhythm has been performing well, so far, and I am grateful for everyone who continues to play a part in making JB Productions [his label] a household name."

Rytikal's Synonymous quickly earned its spot as one of the top trending dancehall songs across media platforms, with the visuals giving fans a chance to experience the usually hardcore artiste in a more upbeat vibe. Vybz Kartel's Spring Break and Chronic Law's Weh Unu Want also serve as crowd favourites, while newcomers JayBlem and Tashina are both receiving favourable responses from fans across social apps.

The official video for Tashina Muzik's Boasy is slated to hit visual platforms in coming weeks, just ahead of her much-anticipated EP.