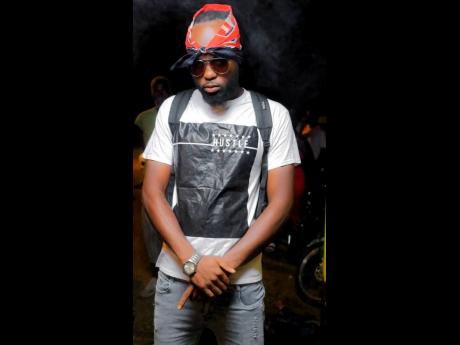 Dancehall and reggae artiste Nigma1Wurld believes that with his new objectives and a dedicated team, he is on the right path towards making his mark on the music scene.

The artiste, given name Kemar Watson, hails from the talent capital of Jamaica, Spanish Town, St Catherine. He has always had an intense love for music and began writing songs at age 11. He recently signed with Trensetta Productions and subsequently released the single I Know, which is dedicated to the females. He then released a follow-up girls' single titled Style U Got on the 'Brik Pan Brik' rhythm.

When asked how he feels about his current career path, he shared: "Since I connected with my new team, they have showed me what a real musical family looks and operates like, and I am positive that we will continue to give the masses good music they can both enjoy and resonate with."

With the wave of positive responses he has been receiving, the artiste shared that he has been working on a slew of new releases that he believes will create an impact.

Natasha Aitken of Trensetta Productions said that confidence was one attribute that led to the label signing Nigma1Wurld. She said the team also liked his charisma and eagerness to work. "He is a talented writer and I have no doubt that he is ready to dominate dancehall. He has a track titled U.R that is set to be released in a few weeks and it will introduce Nigma1Wurld to his fans in a different light after it's dropped," she said.

Following that release, Nigma1Wurld will be making his contribution on the label's 'Gold Strap' rhythm with the single titled Live Life. The artiste is currently preparing his debut EP while gearing up to venture on two promotional tours in Trinidad and Tobago, and Canada.