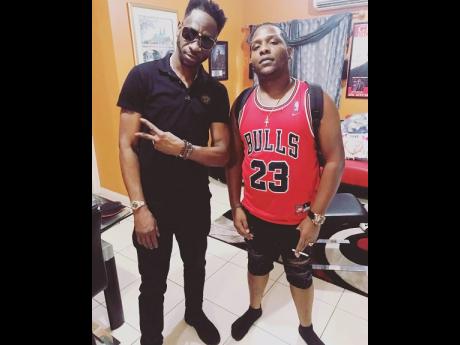 Barber Kirk Williams and entertainer Bounty Killer after the haircut. 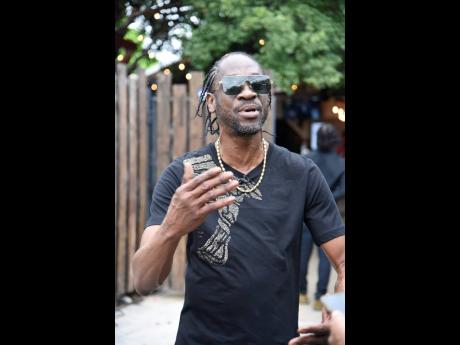 Bounty Killer has traded in his trademark cornrows.
1
2

Honoured and humbled were the words that Kirk 'English' Williams used to describe how it felt to be the first barber, since 1996, to cut the hair of dancehall veteran Bounty Killer.

The Poor People's Governor, who is known for his trademark cornrows, attracted much attention and compliments last Monday when he debuted a brand new medium cut, slightly faded hairstyle via Instagram and tagged his barber in a photo.

"It's a joy for me to trim Bounty. Is a man who mi respect differently. So when one of my clients who par with Bounty tell me that the general want a trim and him recommend me, I accepted with pride. A di general dat and dem man deh skeptic, so it felt good to know that he had confidence in me. I wasn't nervous or anything ... perhaps if it was in my rookie days it woulda be different," Williams told THE STAR.

Although he has a booth in a barbershop in the Corporate area, the historic deed was done at Bounty's house. Williams said that after hearing from Bounty the look that he wanted he knew exactly what to do.

"Di general seh him don't want it low, so mi decide to give him a little low fade, sponge the top and sharpen up the edges. Him love him trim. It's the experience of a lifetime for me. Imagine, I am the first barber to trim Bounty in 26 years ... and now I am his barber. It feels like my hard work pay off. Memba yuh nuh, we nuh have nuh proper education yuh nuh, so we haffi grab a skill. In my family, barbering started with my grandmother and then her son and other uncles and cousins go down the line to me. Mi feel proud," Williams added.

In the caption of a picture of himself and Williams, which he posted on Instagram Monday evening, Bounty stated: "Since Upper Cut days, the last time I trimmed was 1996 ... from 1998 I never seen a barber chair nor shear @kirk.willi the man who did the barbering."

Williams said that the response to Bounty's post has been phenomenal.

"From yesterday mi Instagram a boom up. It was private and mi haffi free it up. A get more than 200 new followers. Mi see some overseas barber who trim man like Leon Bailey and Sterling a look pon the work. I told di general that I was the one who supposed to pay him to do the job," said Williams, whose clients also include Roundhead, Intence, Laden, Gyptian, Anthony Cruz and Kabaka Pyramid's father.