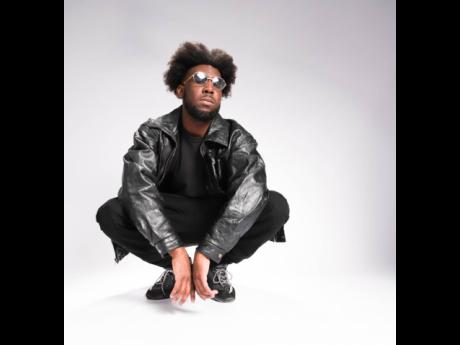 If Solomon Marley-Spence, aka King Cruff, wasn't into music, he would probably have been an author. But he is quick to point out that there is a lot in common between music and literature.

"When I got into hip-hop music, I got to realise that some of those albums are like entire stories," said the Canada-based King Cruff, who has previously shared that he "gravitated to music because there was something about how it manipulates people's mood ... that's one of the best ways to convey a story".

The storyteller and avid reader, who migrated from Jamaica to Canada when he was 17, has been doing just that and it seems to have been working because he recently inked a record deal with Universal Music Canada and Tuff Gong Collective.

For King Cruff, who was nominated for the Forest City London Music Awards hip-hop category, the signing is a dream come true and one that he has worked long and hard for.

"This deal has been in development for a while and it's very interesting. For me it means a complete change in pace," he told THE STAR. "I have done various jobs such as construction, demolition factory work, always juggling and doing music. Now when I wake up it's all about music. And there been a change in how I look at and tackle music. Music is now my 9- 5."

Keen on writing, he doesn't shy away from any topic and even "likes to write about those heavier feelings so I can lift them up and free myself of them".

"I see my songs as think pieces and I want people to be able to relate to the lyrics behind the beats," he said.

King Cruff, the son of Stephanie Marley, is currently promoting his single Samurai Chop, which is "not a choppa song".

"When I heard the beat all I could hear was " words cut deep like a Samurai chop," he explained, adding that his mother always impressed on him the power of words.

With the focus on words, the reason for his moniker reared its head. Acknowledging that the word 'cruff' in Jamaican parlance is by no means complimentary, King Cruff laughed as he explained.

"I feel like we live in a very optics-heavy society. People use to look at me and call me cruff as a teenager ... but we have the potential to be the best of our ability and the worst of our ability. The name King Cruff speaks to duality... It's the juxtaposition of what we have in us as humans," he said.

King Cruff is currently working with music producers like noted Toronto beat merchants Rich Kidd and Dom Dias as well as Jamaica-born producer Tesselated. Drawing on his own audio engineering background, he is having fun "experimenting with Afrobeats, dancehall and hip hop and creating music that energises and inspires".