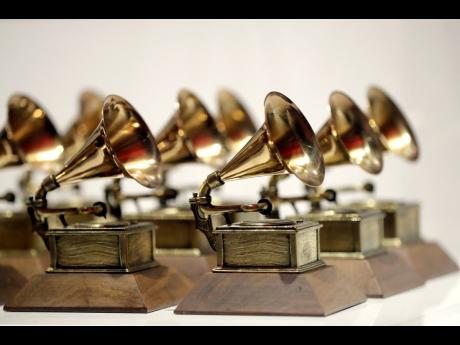 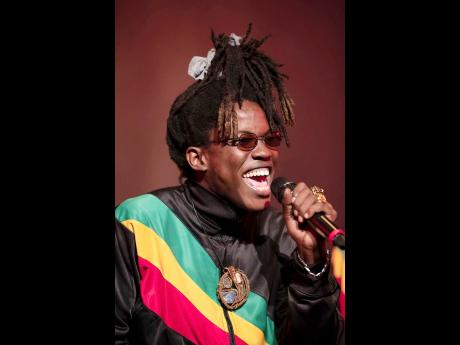 Reggae singer Blvk H3ro (pronounced 'Black Hero') was at a loss for words when he realised that he had been nominated for a Grammy Award.

The Rich and Blessed artiste has been nominated in the Best Global Music Performance category for the song Neva Bow Down, a single by Rocky Dawuni, Ghana's now three-time Grammy-nominated musician and activist on which he is featured.

"I didn't even realise that this Grammy nomination thing was happening," Blvk H3ro admitted. "I was sleeping and heard my phone blowing up with messages and I ignored it. I thought it was probably members of my team telling me about time for meeting or something like that. But when I really woke up and checked people were congratulating me, and even got screenshots and videos of the announcement."

Neva Bow Down, which is hailed as a global roots anthem, which fuses elements of pop, dub, and reggae, was released on September 22.

"The intent of this song wasn't even about awards. It was about connecting Jamaican and African culture in one space. It is a song championing social change and I wanted to use my voice in a powerful way," Blvk H3ro shared. "I am perhaps the first reggae artiste to be nominated in this category."

Blvk H3ro, who is signed to Delicious Vinyl Island, is on his first tour of the US, traversing the east and west coasts. From Wynwood in Florida to Los Angeles and San Francisco in California, to New York, Rhode Island, Boston and Oregon, the reggae troubadour is making a lasting musical impact.

"The audiences connected with each and every song," he said, as words like 'mind-blowing' and 'incredible' drop from his lips.

Blvk H3ro started the tour with only four confirmed dates. However, as he started engaging his audiences that number swelled to 20. It was supposed to be his maiden US tour, but Canada dates were added and he even secured dates opening for Stephen Marley.

"Anywhere music or reggae calls me, I am ready to go," Blvk H3ro emphasised.

The Rastafarian singer and songwriter, who hails from Waterford in Portmore, St Catherine, started playing drums at the age of eight, and by the time he reached 13, he was already a passionate young singer on the choir. As the child of a minister, his bio states that it was the music at church that first excited his creativity, and it was this spiritual upbringing and dedication to service that played a pivotal role in his later emergence as a messenger for this generation.

He is also currently working on his debut album.

Neva Bow Down is Rocky Duwani's first new single since his nomination for Best Global Album for Voice of Bunbon, Vol. 1 at the 64th Annual Grammy Awards.

The 65th Grammy Awards is scheduled to take place on February 5, 2023 at the Crypto.com Arena in Los Angeles and will be hosted by comedian Trevor Noah.