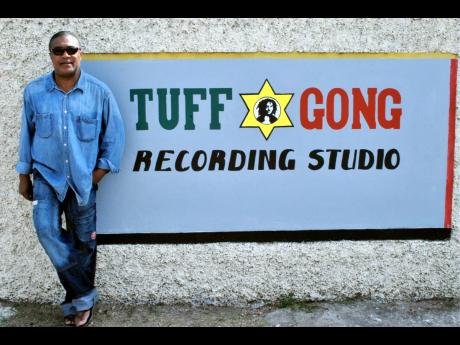 The Chapel of St Augustine of Hippo at Kingston College, 2a North Street, will tomorrow host the thanksgiving service for one of the school's most outstanding old boys, Tyrone Ralph Downie, also known as Organ D.

"The service starts at 1 p.m. on November 26. We are asking everybody to wear cheerful colours," Downie's partner, Bernadine Simpson, told THE WEEKEND STAR.

Simpson said that the service will be live-streamed and that tributes are welcomed on the Website, forevermissed.com. Already people have been sharing treasured memories of the 66-year-old keyboard prodigy who distinguished himself from he was a student at KC and was embraced by the world when he joined the group, Bob Marley and the Wailers.

It was while at KC that Downie, whose talents were discovered by then headmaster Douglas Forrest, played his first recording session. He played on Eric Donaldson's Cherry Oh Baby, which won the 1971 Festival Song Competition.

Multiple tributes have poured in from across the world since Downie's unexpected passing on November 5. In remembering Downie, Minister of Culture, Gender, Entertainment and Sport, Olivia Grange, said that "Jamaica lost another of its great sons of music".

"I was so very sad to hear that Tyrone had passed. He was an even greater person than musician, a great human being. Tyrone was one of the musical stars that helped make the music around Bob Marley exceptional. [He] will be remembered as one of the significant contributors to reggae music. We echo the sentiments that were expressed by singer Grace Jones, Tyrone Downie was 'Our Jamaican Guy'," Grange said.

Downie joined The Wailers in the mid-1970s, making his recording debut with the band on Rastaman Vibration and remained with the Wailers until Marley's death in 1981.

Marley's company, Tuff Gong International, wrote on social media, "We are saddened to learn of the passing of Wailers keyboardist, Tyrone Downie. Tyrone joined The Wailers just before the age of 20 ... we are blessed to count him as a member of the Tuff Gong Family."

Downie spent most of the '90s onward in France where he raised a family and became part of the musical fabric of the country. He was a member of the touring band of Youssou N'Dour, whose album, Remember, he produced.