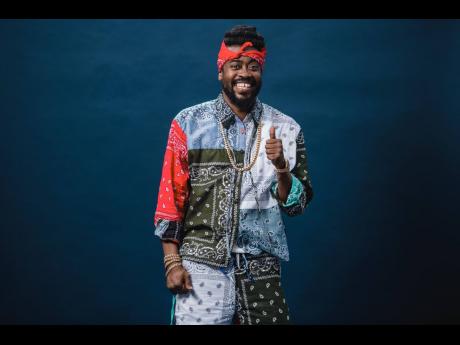 With less than 72 hours until showtime, rehearsals have kicked into high gear for the return of Rebel Salute to Grizzly's Plantation Cove this weekend, and dancehall icon Beenie Man said that he is ready to bring that energy multiplied to the stage.

"We're getting the tunes together," Beenie Man told THE STAR about his preparations for the show during a rehearsal session earlier this week.

"Rehearsals are going fine, that's where we go over what we are performing. But it is the audience that determines how the whole thing goes. There is where you find the real magic, from observing the mood, the vibes and the energy of the people, and decide on how to bring everyone together," he continued.

The Who Am I deejay has been nursing an ankle injury he sustained in a bike accident last November, and was advised by his doctor to rest and allow time for it to heal. While he admits that he has not fully recovered, Beenie Man promises 'saluters' nothing will keep him from making it to Rebel Salute.

"I am coming on; it is getting better, though I am not 100 per cent. I maybe around 87-89 per cent recuperated," the entertainer said. He also shared that annually, he uses January as the month to take a time-out.

"It is not a work month. January is usually a rest month for me and I take the well-needed time to recuperate," he said.

Beenie Man is billed to perform on night two of the music festival on Saturday night, along with the likes of reggae-dancehall veterans Capleton, Sanchez and Josey Wales as well as Afrobeats star Stonebwoy, with whom he collaborated three years ago on the track Shuga. He has performed at Rebel Salute twice, in 2017 and 2020, but said his most memorable moment was as a patron.

"Rebel Salute is always my show, one that I always go to. There is no year more special to me than the first year, when Garnett Silk did just come outta di bushes with the locs on him head, and decide him a sing too much righteous tune," Beenie Man said of the late icon's return to a stage after taking a hiatus from music.

Tony Rebel began the festival in 1994 in Manchester and it was long held annually in St Elizabeth until 2012. As of 2014, the festival has been a two-day event, held in St Ann.

"I don't have any particular expectations. I don't give into the idea of expectations and I can't tell people what they are going to get, but that they should come out and experience the magic. Stonebwoy and me performing on the same night, depending on what time he is scheduled to hit the stage maybe we'll do a performance together. I just know people love music and are coming to 'full-joy' themselves, and as long as I see the people I am ready to perform and deliver the music for the people," Beenie Man said.