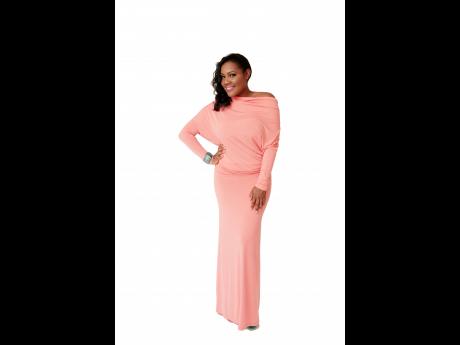 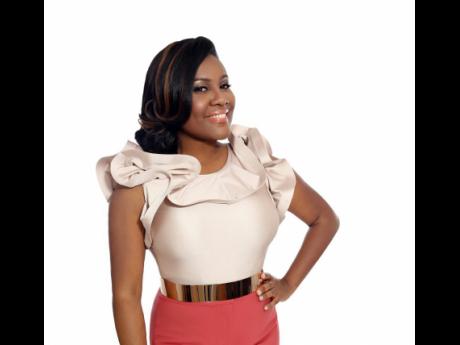 Ashaala Shanae, an American jazz and gospel singer and vocal health professional, has been embraced by the Jamaican gospel community.

This year, the songstress plans to make her Jamaican musical debut with the release of Big God, featuring Papa San and Nadine Blair's Perpetual Sounds of Praise.

Based in Florida, Ashaala has begun to recognise Jamaica as her home away from home. Though she has West Indian heritage through her mother being born in the British Virgin Islands, it was her own music that connected her with the Jamaican gospel scene.

Ashaala told THE WEEKEND STAR that she met a Jamaican who was visiting the United States.

"He found out about me and he said, 'Someone gave me your album, and I want to bring it to Jamaica'. This gentleman brought me here, my first time to Jamaica," she said.

But it was on her second trip that she solidified ties with members of the local gospel community.

"I was introduced to Papa San, and I found out that he lived in my area in Florida. So the next (third) time, I was on Fun in the Son. Ever since then, it's become like my second home," she said.

"It was a mixture of jazz, gospel, rock, and the lyrics were inspirational. I wanted to write songs that people could relate to but that they could also meet God with," she said.

In 2012, she released an album called Matters of the Heart.

"A lot of my music played in Jamaica is played from this album," she said. "Matters of the Heart featured singles Not Ashamed and Eden Garden Love, which talks about a romantic relationship in a godly way, from a single woman's perspective, to show me the purest form of what love is."

Ashaala's musical journey began in the home as her parents were singers in Brooklyn, who, after they met, became lead singers for a soul band.

"My mom was an actress and a singer, and sometimes, she would invite me on stage to sing duets wit her," said Ashaala, who believes that the practice nurtured her long-standing career in music.

"From there, I followed it. I started piano at a young age, and then I ended up taking up the trumpet in high school. By the time I got to college, I started doing vocals, which led to me studying music at the University of Miami," she told THE WEEKEND STAR.

Her studies translated into a performance career, where she sang both background and lead vocals on numerous tours across the US and Europe.

Ashaala garnered enough knowledge to become a vocal health coach while on the road.

Six years ago, she opened The Music And Arts Healing Institute in Florida, where she specialises in vocal health, vocal pedagogy, and vocal performance.

"My clientele are amateurs up to celebrities, recording artistes, media personalities, pastors, educators, anyone who uses their voice. The institute helps with vocal rehabilitation," Ashaala told THE WEEKEND STAR.

Now, Ashaala is gearing up for the release of Big God in April. Recorded at Tuff Gong Studios, Big God will be her first reggae gospel song and her first official release in Jamaica.

"If I'm going to do reggae, I told myself that I need to come to Jamaica to use authentic Jamaican musicians and singers," Ashaala said.

Big God precludes the release of Ashaala's second album, to be announced at a later date.